A Supreme Court ruling today has overturned portions of the federal law used to convict former Bergen County Democratic Chairman Joseph Ferriero and could pave the way for the disgraced politico’s conviction to be overturned.

The high court’s ruling on the “honest services” law would invalidate the three charges used to convict Ferriero, his attorney said yesterday.

“I think the decision will bring about an invalidation of the three counts he was convicted of,” said Attorney Joe Hayden, one of the attorneys who represented Ferriero during his trial last year  “The court ruled that the only core conduct which constitutionally can be prosecuted under honest services are bribery and kick-back schemes.”

Ferriero, who is awaiting sentencing, was convicted of neither, but instead was found guilty of having an undisclosed conflict of interest.

A spokeswoman for the U.S. Attorney said attorneys would review the ruling before making determinations on individual cases.

It is unclear at this point how the ruling will effect the convictions of other New Jersey politicos tried under the statute, including Bergen County Democratic Organization Attorney Dennis Oury, who was charged alongside Ferriero andc pleaded guilty, and former State Sens. Wayne Bryant (D-Camden) and Joe Coniglio (D-Paramus), who are both serving jail time as a result of their 2009 convicitons.  Bryant and Coniglio were both convicted of charges in addition to the honest services claim.

The law was enacted in 1988 and has helped prosecutors charge hundreds of elected officials, lobbyists and corporate big-wigs who sought to use their positions to line their own – or someone else’s – pockets. 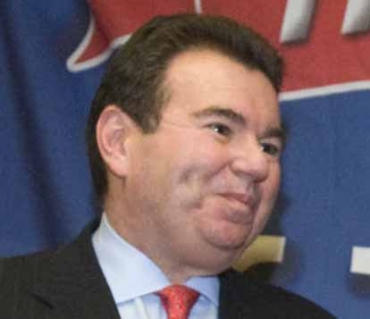