But almost as quickly, he relents, enabling Doherty to vacate his seat to sub in Kean.

Republicans first sought a rules change to enable them to go with four senators, but Sen. Paul Sarlo (D-Wood-ridge), chair of the budget committee, and Sweeney, fought them.

Now Sweeney is giving Kean the go-ahead to get in there for Doherty – but just for the budget bills that Doherty does not want to support.

For the moment, however, Doherty’s seat remains empty. 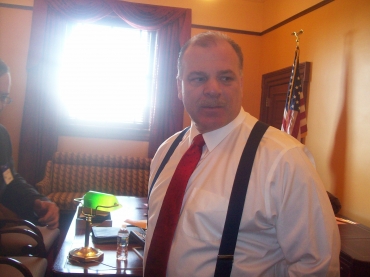