Today is Election Day and Congressional primaries feature Tea Party candidates in all of the districts save the 5th, home to U.S. Rep. Scott Garrett (R-Wantage).

Christie’s proposed cuts shrinking government programs, his decision not to reappoint state Supreme Court Justice John Wallace, his brawl with the teachers’ union, and public unification of his state party in his efforts, all have cohered to make him a champion to those same Republican forces endorsing the Tea Party on a national scale.

By winning as last year’s GOP establishment candidate and then happily surprising former opponents Steve Lonegan and Richard Merkt – who ran to the right of Christie in the 2009 gubernatorial – Christie over the course of the last five months arguably blunted the urgency of a Tea Party backlash in New Jersey.

Republican sources say if Christie had lost to Gov. Jon Corzine and revealed an anemic GOP establishment with organizational lines incapable of defeating an unpopular incumbent, the Tea Party brand would be more robust in New Jersey.

But whatever the inside game, the record presence of 29 candidates running to the right of the Republican establishment shows pushback against President Barack Obama’s national agenda – even if they remain the underdogs in a state where it’s hard to win off the line.

Some races to watch include the 3rd, where former Philadelphia Eagles star-turned-congressional candidate Jon Runyan lines up with the establishment against renegade Republican candidate Justin Murphy of Tabernacle.

The 6th District features marquee Tea Party challenger Highlands Mayor Anna Little (who has received the support of both disparate groups and the tri-state umbrella Independence Hall Tea Party group) against Diane Gooch of Rumson, who has the backing of the Republican Party in all four counties that touch the 6th District.

On the Democratic Party side, where there are 18 candidates running, Barry Bendar is running arguably the most aggressive campaign against an incumbent, in this case, U.S. Rep. John Adler (D-Cherry Hill). Adler’s vote against healcare reform irritated Bendar, who appears to have no shot. 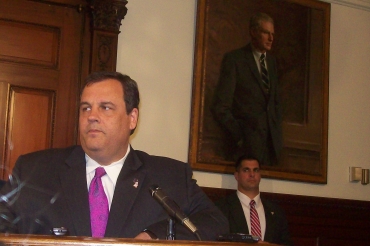