In at least three cases – Bloomfield, Haledon, Roselle – mongoose mayors on the outside of local power try to take back control of their governing bodies – or at least withstand organization efforts to weaken or beat them.

Spychala says McCarthy’s veto power over the council turned Bloomfield into a small town dictatorship. McCarthy told PolitickerNJ.com that his challenger and the majority council would “sell out the town.”

Elizabeth features a clash of two power brokers, neither of whom is on the ballot.

Fajardo’s team continues to distribute a DVD that depicts Lesniak as a pay to play octopus with each arm clutching a council person.

It’s been a rough campaign, with battle lines that spill over into other Union County towns, like Roselle and Rahway (where there is a mayor’s race). Fajardo reported bailing an ally out of the brig the other morning after an eruption on the street between Fajado’s people and the allies of Ward 1 Councilman Manny Grova.

The more torturous exchanges have arguably been in court, where Fajardo this week weathered the organization’s efforts to close down his allies’ campaigns, citing unfiled ELEC reports.

Fajardo told PolitickerNJ.com, “Devine came to us after they got rid of him and apologized for going against us. There were people who wouldn’t look at him. I forgave him. Everyone should have a chance to be forgiven – even Ray Lesniak.”

For their part, Lesniak’s and DeFilippo’s grudging respect for Fajardo as an adversary faded when they saw him join forces with Devine.

Bombelyn charges Cahill with putting the interests of corporate developers before the city’s poor and working class neighborhoods. Although the challenger is aligned with a coalition of students and residents who backed Barack Obama for president in 2008, Cahill in battle mode has drawn a bead on the group’s public disaffection with Gov. Jon Corzine, the Democratic governor who last year lost re-election.

The Latino Leadership Alliance run by Bombeyln’s husband, Martin Perez, suffered a fracture during the gubernatorial race, as Perez stuggled with a divided group and finally recommended issuing no endorsement, which effronted a majority of those members of the alliance who backed Corzine over Republican Chris Christie.

There are other reported fractures within the alliance, as some students wanted a Rutgers University student candidate for mayor, and not Perez’s wife. But whatever arguments permeated the early going do not appear to be preventing Bombelyn from running a well organized campaign agains the odds.

Haledon features the most significant race in Passaic County, but the entreaty, “Just vote for Domenick” will require clarification.

Incumbent Mayor Domenick Stampone is a Democrat at odds with the local party organization and trying to withstand the chairman’s attempt to force him out of there. Councilman Domenick Fusco is the local organization-backed challenger.

Another race of note is in Highland Park, just across the river from New Brunswick, where Domenick J. Cereminaro runs as a revived arm of the local old guard against Meryl Frank protege Mayor Stephen Nolan.

Two against one means Spicuzzo stays, but Nolan was one name in the Middlesex chairman’s mix.

This is another turf war with longer term implications. Roughed up last year by an Attorney General’s Office investigation into absentee ballot acquisition that ultimately resulted in a wrist slap, Council President Jamel Holley repackaged himself as a battle scarred survivor and now faces the Rev. James Moore.

Moore is an ally of Mayor Garrett Smith’s, an independent Democrat eyeballing re-election next year.

If Holley can beat Moore, he’ll have momentum to challenge Smith in 2011.

Smith and Moore brand thier antagonist on the streets as a tool of the Union County Democratic Organization and protege of disgraced former Assemblyman Neil Cohen (D-Roselle).

Holley’s mostly stayed positive, and enjoys a money advantage that enables him to plaster the small town with pro-Holley billboards. 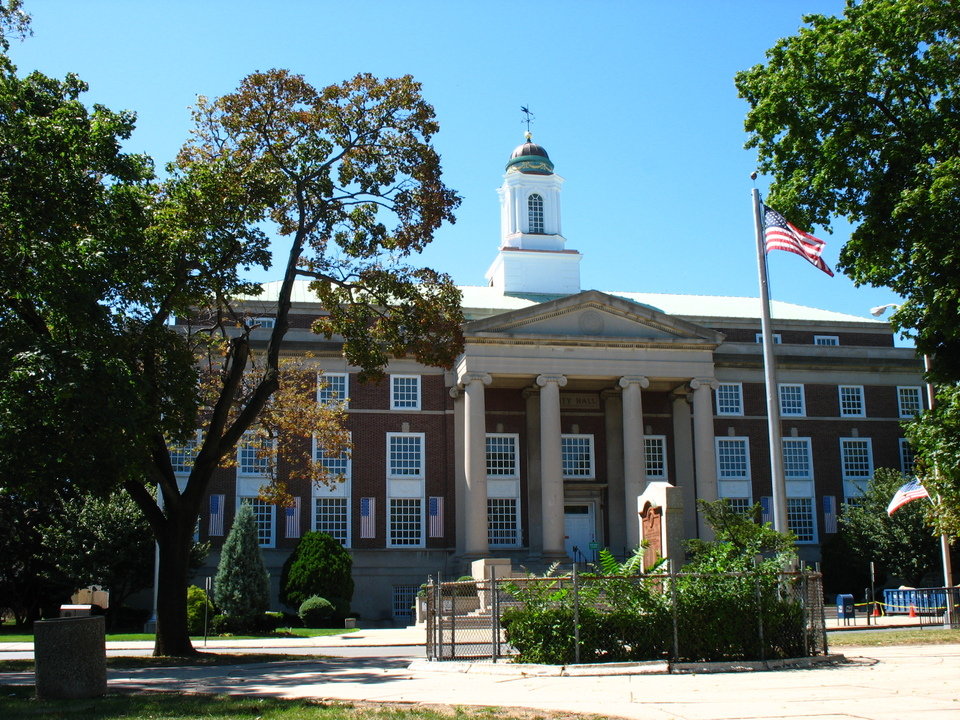