To the most focused of political animals, having a majority party as an opponent simply means more bodies to divide and conquer.

Bearing the brunt of multiple strands and trying to coalesce still wounded factions from last year’s battle for the Senate Presidency, Democrats to date in the era of Gov. Chris Christie have struggled to present a united and forceful front.

Today, trying to exploit the ego factor of two executives occupying the same space in the Republican-controlled executive branch, Democratic State Chairman John Wisniewski attempted to drive a wedge between Christie and his Commissioner of Education, Bret Schundler – and in the process tar the governor as a right wing extremist.

“Throughout his campaign for governor, Chris Christie constantly repeated that he planned to ‘get things done through cooperation, when that didn’t work, through confrontation,'” said Wisniewski. “We knew he meant Democrats in the Legislature, we had no idea he was talking about his own cabinet members as well.”

Christie told reporters yesterday that Schundler last week mistakenly announced a compromise with the New Jersey Education Association on merit pay. Today, Wisniewski pinpointed Christie’s apparent willingness to blame Schundler for too hastily bending to the teachers’ will on an application for up to $400 million in federal aid.

“Schundler was reasonable, just like Christie said, to complete a compromise with the teachers of New Jersey, but… once again the Governor has put his own aspirations ahead of the people of New Jersey,” said the Democratic Party chairman. “First he took the unprecedented step of removing a Supreme Court Justice for purely political reasons, casting a pall over our independent judiciary system. He has continued trying to beef up his national conservative credentials by refusing to rule out suing the federal government over the health care bill (despite taking credit and spending money it has brought to the state). Now he has thrown one of his most heralded cabinet picks under the bus after backing down because of criticism from talk radio.

“When Christie picked Bret Schundler for Education Commissioner many pundits thought it was to keep the right happy.  Now we see who the true right wing zealot is,” Wisniewski added.

The governor’s office issued a prompt rejection of the attack line.

“That’s just ridiculous,” said Christie Press Secretary Michael Drewniak. “Assmeblyman Wisniewski will try to make a lot more hay out of it but this is just a governor advancing his agenda. He can play politics all he wants but we’re interested in real education reform. Period.” 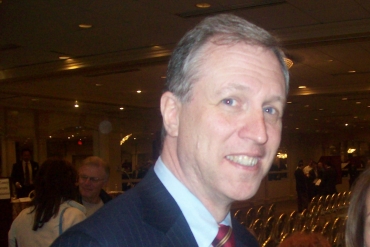