It was one year ago today that the feds dragged 44 people into custody, including 29 elected officials, in connection with Operation Bid Rig III, a sorted corruption web if ever there was one that featured disgraced developer Solomon Dwek as the FBI’s chief informant.

Facing 2006 bank fraud charges, Dwek went to work for the feds with a wire and a healthy supply of envelopes, cracking open an international money laundering scheme that produced the July 23rd arrests of numerous rabbis, public officials and political operatives.

As most of the public officials were Democrats connected to a Hudson County power base, the case gave former U.S. Attorney (and then GOP gubernatorial candidate) Chris Christie mid-summer traction in his bid to unseat Jon Corzine.

Embroiled in one of the all-time great mayoral contests, Cammarano barely prevailed – with an infusion of soiled campaign cash courtesy of Dwek and company. A rising star in Hudson County politics, he didn’t last long in office. The William Henry Harrison of Hoboken – the ninth president served 32 days in office before dying of pneumonia – Cammarano served 29 days before getting cuffed – and after a brief fight – resigning. Earlier this year, the former mayor pleaded guilty in federal court to taking $25,000 in bribes. He awaits sentencing in early August. He’s losing his law license, but Cammarano, according to Hoboken sources, has been rehabbing himself by volunteering at a local Catholic homeless shelter/soup kitchen.

Charged with taking $10,000 in bribes from Dwek in exchange for winking a proposed hotel application through the process, Vietnam vet Elwell has maintained his innocence from the start. In office nine years when the feds nabbed him, he resigned in the aftermath and faces trial on Feb. 1, 2011.

The Bergen County mayor remains one of two among those elected officials charged in Operation Bid Rig II to still hold public office. Zinged with taking $10,000 in bribes, Suarez has kept his opponents’ efforts to recall him pinned down in the courts even as he awaits his own trial, which is scheduled to start in early September.

A former deputy mayor of Jersey City who headed up part of the dollars and cents side of the Jerry Healy re-election campaign, the politician who in an earlier life made her living as Union City dancer Hope Diamond was charged with taking $20,000 in illegal campaign contributions. Now she will be incarcerated in a future life. U.S. District Judge Jose Linhares gave her three years.

The lawmaker turned law breaker accepted a guilty verdict in the spring after a much publicized trial and awaits sentencing scheduled for Aug. 24th. A court found Van Pelt guilty of accepting $10,000 in an envelope from Dwek in exchange for the promise of securing development approvals from theh state Department of Environmental Protection (DEP).

Trying to kick-start his doomed mayoral campaign with some cash, Smith turned to Dwek, who found him a willing target for a $15,000 bribe, according to court documents. After allegedly promising to grease the skids with the DEP and local government for development on Garfield Avenue, Smith lost the election.  Then he faced the double indignity of the feds throwing him in handcuffs. Bounced out of office, his trial is set for Nov. 22nd. He has pleaded innocent of all charges.

“The size of government is too big, and we’re serious about reducing it,” the Jersey Journal quoted Vega as saying this month. His opponents say the former council president, charged with taking $30,000 in exchange for a vow to fast track government approvals for Dwek development, should start by off-loading himself. But Vega hasn’t gone on trial yet, and is scheduled for the docket sometime this fall.

A battler when he served in the New Jersey Assembly, who came to power with Glen Cunningham and fell on his own after Cunningham died. Manzo has proved the most defiant of those charged one year ago. He is also the only person connected to a political corruption case initiated by former U.S. Attorney Chris Christie to successfully get a count against him dropped. Charged with taking $27,500 in illegal campaign cash, he continues to fight in federal court.

A near legendary local GOTV animal, Cardwell a year ago ran up against charges of taking $30,000 in Dwek bribes in connection with the re-election campaign of Jersey City Mayor Jerramiah Healy. He  faces trial on Nov. 8th. 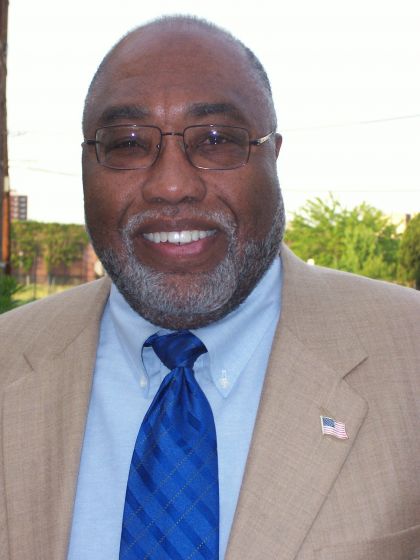