With the budget season coming to an end and the holiday weekend approaching, we at PolitickerNJ thought it would be nice to give some of our hardworking legislators their due.  Without further ado, here are our Budget Awards.

Last seen sinking with the Viking funeral pyre of Jon Corzine, state Sen. (and former Lieutenant Gov. candidate) Loretta Weinberg (D-Teaneck) rebounded from last year’s statewide loss with vigor during the budget session. When Gov. Chris Christie chopped family planning out of the budget, Weinberg proved why she is one of the state’s most resourceful and effective lawmakers. Not only did she put the women’s caucus to work and mobilize Republican senators Diane Allen and Jennifer Beck in support of a bill that would restore the $7.5 million allocation, she even tapped the hardened hearts of several male Republicans to land the required two/thirds majority to override a possible veto. A version of Weinberg’s bill simultaneously passed in the assembly, shepherded by Assemblywoman Linda Stender (D-Fanwood) but is not veto-proof. Weinberg identified her issue and applied every legislative tool at her disposal to drive it forward.

2. The Worst Use of the Legislative Process: The entire assembly membership

Members of the assembly debated for more than 90 minutes over a bill that would allow the state to cut deals with sports teams for team logo license plates to be sold by the Motor Vehicle Commission.  The budget line item accounted for about $1 million – a minute fraction of the state’s revenue, but was debated longer than any other bill on the agenda save the $29.4 billion budget bill itself.  Both parties took part in the drudgery, which was one reason the assembly session lasted nearly 12 hours.

3. The Fastest Transition From “Too Early to Tell” to “Budget Loser” Award: Newark Mayor Cory Booker

Prodded by Gov. Chris Christie, the mayor of New Jersey’s largest city endorsed the governor’s proposal of a 2.5% constitutional hard cap on property taxes. Democrats grumbled that their only statewide star had just lent his name to a doomed GOP proposition while building up party nemesis Christie, but an impassioned Booker stuck by the governor, arguing the superiority of the constitutional cap to a statutory version advanced by Booker’s fellow Democrat Senate President Steve Sweeney (D-West Deptford). Days later, Christie endorsed a statutory cap, leaving Trenton insiders to bitterly conclude that not only did the governor throw Booker under the bus, but also beneath the marching band and steam roller.

It was Thoreau who wrote about castles in the sky, and the foundations under them, the Jersey shorthand of which was authored by Union City Mayor William Musto when he said, “Take care of your base first.” Now, we’re not saying the governor of New Jersey can’t conduct national newsmaker interviews while simultaneously working the GOP caucuses, but Christie may have striven too far afield in Gibbstown last week when he let Fox News personality Neil Cavuto quiz him on presidential and vice-presidential aspirations as a budget deal unraveled back at the Capital.

Rumors of hara-kiri in the GOP caucus room proved unfounded despite the 45-minute plus harangue of Coutinho on the floor of the Assembly. Even Gov. Chris Christie was reportedly glued to a live feed of the legislature until Countinho’s never-ending rant prompted a break for the outer office. But the Newark assemblyman failed to own top honors. Greenwald who took hold of a microphone as the first Democratic speaker, thanked everyone but the statehouse security guards for their work on the budget. To be fair, both men had waited through hours of debate on several other bills to have their say and frustrations were running high. And both men scored points with their jabs at the Republican budget.

Cryan repeatedly voted for Republican budget bills, all the while decrying the GOP spending plan.  The Majority Leader even issued a statement after the vote about the pain the budget would cause regular folks.

When Sarlo assumed leadership of the Judiciary Committee last year as a last ditch effort by withering Senate President Richard Codey (D-Roseland) to shore up support, senators exchanged worried looks. Sarlo was good for a clap on the back and some laughs, but powerful committee leadership? Once installed, the senator defied expectations by reaching across the aisle and ramming home numerous appointments that had languished during the Corzine era. In his second key committee leadership incarnation as budget chair this year, Sarlo likewise proved an aggressive presence. Although Republicans jeered at the notion that the South Bergen senator should receive special honors as a consequence of this budget process – “What did he get? Tell me, what did he get?” asked one GOP power player, referring to the senator’s numerous opportunistic efforts to exact concessions – Sarlo nonetheless proved himself more willing and zestful foil than programmed drone.

Diagnosed with cancer and battling through numerous treatments, a slowed but legislatively sure-footed Allen participated in the budget debate, initially opposed budget supplemental bills, then came around after exacting key concessions. The senator also reached across the aisle as a member of the women’s caucus to back state Sen. Loretta Weinberg’s (D-Teaneck) family planning bill.

O’Scanlon faced over an hour of withering questioning from Democrats skeptical of his bill to allow the state to take gift cards from their holders after two years.  The GOP used some hazy math to conclude that the bill would mean an additional $80 million in state coffers next year, but despite several tries,  O’Scanlon would not be pinned down on how the administration arrived at the number, which  by the way, was never certified by the Office of Legislative Services.  O’Scanlon earned the praise of his fellow Republicans for his performance while Democrats openly derided the assemblyman’s bobbing and weaving.

As Gov. Chris Christie ordered legislators into a special session Thursday and Friday to discuss option for a property tax hike cap, many wondered what would become of their plans for the 4th of July weekend. 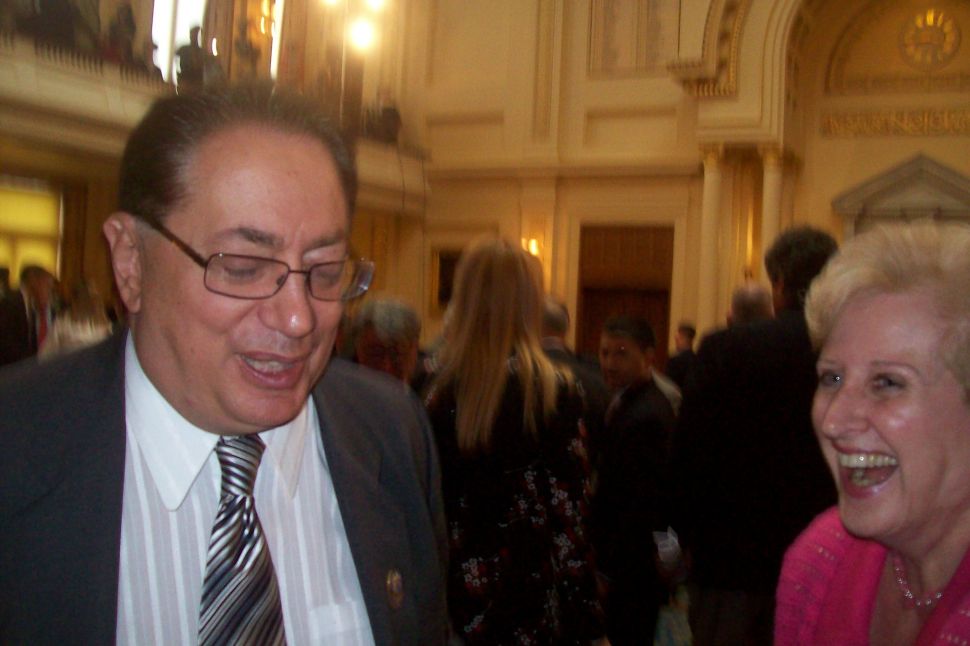