“Mismanagement,” Baraka said. “He’s had a full term in office and frankly it speaks to mismanagement.”

At a press conference this morning that Baraka attended, the mayor said the city lost $27.4 million in state aid this year, and got jolted by a rise in healthcare costs from $58 million in 2005 to $78 million in 2010.

But Baraka, who took office in June, said the city has failed to collect payroll taxes and exact other fees. Moreover, he criticized Booker for not hiring a business administrator and for delaying an unveiling of the city’s fiscal crisis until crunch time – after the mayoral election.

“He’s been busy touring the country and forgot that Newark was having a crisis,” said the councilman, who in May defeated Booker ally Councilman Oscar James II. 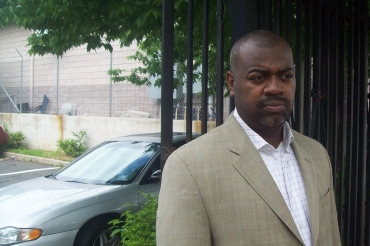