TRENTON – Bishop John Smith of the Catholic Diocese of Trenton stood between the marble pillars in front of the Statehouse this afternoon in support of traditional marriage.

“Marriage is the right to bring two great hands… male and female, together,” added the bishop, who described marriage between a man and woman as a “unique God-given union,” and proclaimed the institution a bulwark “for the good of all society.”

While Smith spoke, clumps of gay activists arrived on the heels of their own press conference and hovered at the edges of the National Organization for Marriage rally.

Smith is retiring this year and will be replaced by the Rev. David M. O’Connell, former president of the Catholic University of America. 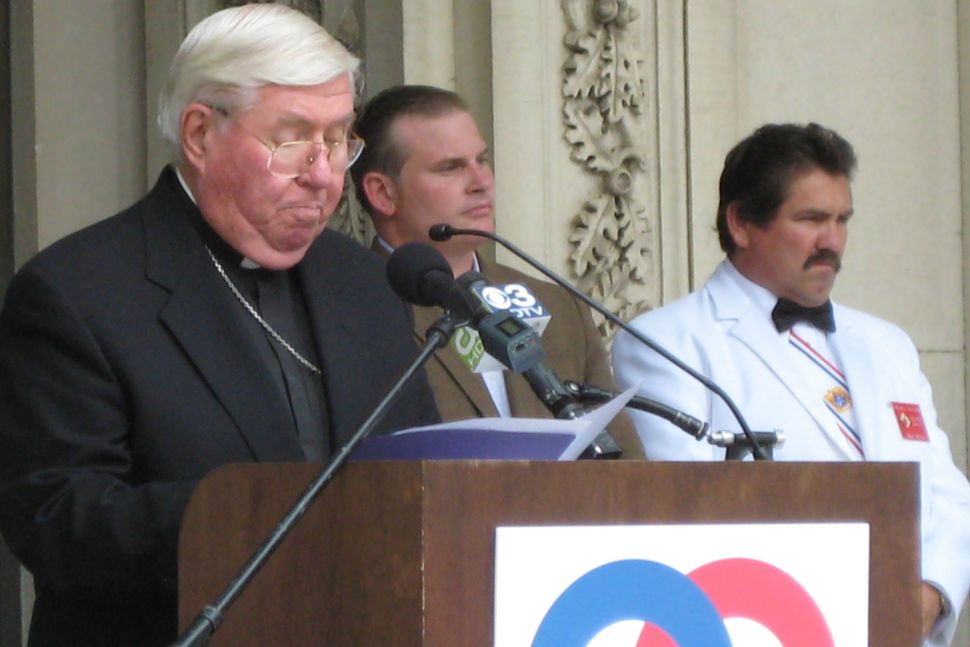