With the news that the documentary version of The Soprano State by Bob Ingle and Sandy McClure is due out in the fall, we here at PolitickerNJ couldn’t help taking a crack at casting the much-hoped-for fictionalized version of the book.

Some were easy – Dennis Franz as Bob Torricelli for instance – while others took more thought.  For those of you without the needed sense of humor to appreciate our work, please keep in mind this is all in fun.

If it seems like too obvious a choice, and worries purists devoted to the integrity of the original series, the choice of Gandolfini nonetheless makes sense on several levels. Gandolfini’s a Jersey native who gets the nuances that could easily become caricature in the hands of a lesser actor. Moreover, he played Tony Soprano, the Capo di tutti Capi – the boss of bosses – a role Christie is quickly adopting as the state’s chief executive.

With apologies to Danny DeVito fans, this one’s the role that would again put the Newark native in Oscar contention. Pesci is made for the part. DeVito would be good, too, but Danny’s from the Shore and never immersed himself in North Jersey lore like Pesci. Again, like Gandolfini, Pesci’s an authentic North Jersey tough guy whose presence on the set would lend instant authenticity to the project. “I AMUSE you? What do you mean funny? Funny how? How am I funny?”

Liotta’s background – growing up in Union County – makes him a natural to take on the demanding role of Ray Ray from Elizabeth. Yes, we know there might be an age gap, but Liotta’s enough of an actor to add ten to 20 years to his portrayal as he pursues what film buffs would have to figure to be a chance for Liotta to land an elusive Best Actor Oscar. Other actors would find plenty in the part – and bring plenty. Ron Perelman would get a serious once-over in an audition for the role, as would Jersey native Jack Nicholson, but picture the Goodfella’s star in the senate chamber telling a fellow lawmaker he would punch his nose down his throat. Liotta would seriously deliver.

The ex Hart-to-Hart star looks more like state Sen. Donald Norcross than the older brother. But the facial character is still there, and a dye job could handle the rest. Certainly, we would look at Alec Baldwin for the role (see Glengarry Glen Ross for a glimpse of Norcross-like intensity from Baldwin.  “Put that coffee down. Coffee is for closers…”). But this would be a great opportunity for Wagner to test his acting chops alongside the likes of Pesci and Liotta. The scene in Ingle’s book in which the South Jersey Democratic Organization overlord works the phones would bring the best out of this aging teeny bopper star last seen as the one-eyed Number Two in the Austin Powers movies.

It would be tempting to go the Irish route and pick Gabriel Byrne. Sure, Byrne has the tortured outsider quality that has characterized Stack’s war with the Hudson County Democratic Organization (HCDO). But Glaser – who turned heads in the 1970s as one half of a crime-fighting duo on Starsky and Hutch – offers the kind of veteran action hero status an actor would have to bring to the role of “24-7.”

Granted, this would be a major step up for an actor last seen in a supporting role back in the 1960s. But the former Eddie Munster who worked with professionals Fred Gwynne and Yvonne DeCarlo has the unselfish street cred of a solid ensemble player. Remember, there are a lot of moving parts in the Soprano State. And Patrick already has the hair down pat. Of course, there are other actors who would likely audition for the McGreevey role. Dina McGreevey described her ex-husband as “Tom Hanks”-like in her own book, but based on his proven record of professionalism we give the edge to the long-unheralded Patrick.

It would be tempting to try to find a bigger name and cast against type – Fred Harris or Billy Bob Thornton – but let’s face it, this guy in the ad was perfect. If Corzine’s critics said he had as much presence in the room as a ghost in a sweater, then how could you do better than an unknown – albeit borderline brilliant – actor?

Our first choice would probably be Pacino, and if you could find the money, it might be worth it. Silver dye job. Cotton cheeks. Perfect. But Franz would be the dark horse, the name nobody would look for who could jump out and potentially define the whole picture. Indeed, the chance to play Torricelli might prove exactly the invite to bring Cipowicz out of mothballs. There are other actors who could plausibly drawl the infamous forgiveness line, starting with Pacino, but Franz has the natural combination of combativeness, defiance and street guy tragedian that defined the Torch.

No, we don’t have anything against Carl Weathers, and yes, he’d be able to pull off the 1970s jogging suit James that old school Newark knew and loved. But for a character at once as complex and powerful as the former Newark mayor, you’re going to have to spend some money. As tantalizing as it is to give the job to Weathers based on gym rat cred, Weathers hasn’t had a hit since Apollo Creed and, frankly, doesn’t have the actor’s actor heft to command public attention. No, for the considerable job of James, it’s worth getting top-notch actor and proven commodity Jackson, who even has the retro angle covered with his throwback performance as “Shaft.”  Jackson has the dark side of James covered as well from his Pulp Fiction portrayal of Jules Winnfield, whose famous speech is quoted by wannabe bad men the world over. “And I will strike down upon thee with great vengeance and furious anger those who would attempt to poison and destroy my brothers.”

It’s not just Finney’s performance as the Irish-American overlord in Miller’s Crossing that makes him the right man for the job here. With the absence of character types like Dick Harris and Lee J. Cobb; world class cutups like WC Fields; and back-slapping happy-go-lucky TV stars like Alan Hale, Jr., Finney might be the only actor left standing who could embody old world saltiness, while also being smart enough to bring moxy, guile and humor to create a living on-screen version of Codey. Peter O’Toole might make a call-back for this part, but would probably end up in a Tommy Giblin cameo alongside Finney as “the Gov.” 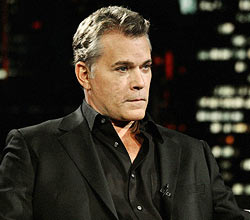