Gov. Chris Christie said Wednesday that parochialism among factions in and out of Trenton could derail his ambitious plans for an overhaul of the Meadowlands and Atlantic City.

The governor was referring to a study issued by his advisory commission on New Jersey Gaming, Sports and Entertainment that recommends massive changes to both areas including public private partnerships and the possible privatization of some state owned venues, the creation of a “Clean and Safe” Tourism District in Atlantic City potentially run by the state and aid to the Xanadu shopping and entertainment complex to help the troubled project come to completion.

Christie said the recommendations in the report have already begun to break down along a North Jersey, South Jersey division as the prospect of change threatens the existing power structure.

The state’s entertainment industry is not working, the governor said, so the leadership must change and pockets of power must change.

“It is not working now and we need to make it work,” Christie said, referring to Atlantic City’s gambling industry. “We cannot sit by and allow the same people that have stewarded over the failure of Atlantic City to continue to Steward over its death.”

Perhaps signaling the governor’s fears over the civil war that could develop over his plan, Bergen County Executive Dennis McNerney was on hand for Christie’s press conference, held at the 50 yard line of the new Meadowlands Stadium. McNerney called Christie’s plan for saving the Xanadu the “wrong message” to send to taxpayers.

“We lost $102 million in school aid in Bergen County, we lost $20 million in municipal aid, 1,300 teachers were fired and that was just a couple of weeks ago and now the governor says let’s put some money into this shopping mall and we’re saying those are the wrong priorities,” he said.

As part of the plan, Christie would lease or sell the Izod center, for years the venue for sports and concerts, to private owners.  The race track, which has seen declining attendance for years, would potentially be closed, sold or leased.

McNerney, embroiled in a tough re-election battle with Republican candidate Kathe Donovan, said he worries about the loss of jobs that would result from the potential loss of the race track and the privatization of the Izod center. The governor does not have the best interest of the state as a whole in mind, despite Christie’s talk about the dangers of parochialism, McNerney said.

“I think he is trying to divide and conquer,” he said. “He is a great politician we know that and that is what he is clearly doing here.”
Other political interests also signaled that they want a seat at the governor’s table. Assembly Speaker Sheila Oliver, (D-East Orange), largely left out of the budget and cap processes, issued a release saying many in her caucus have valid ideas to save the state’s gaming industry.

“It’s also important to remember that many legislators have their own valid ideas for ensuring New Jersey remains a leader in the sports, entertainment and gaming industries,” she said. “Those ideas will receive equal attention in the months ahead whether they be for Atlantic City, the Meadowlands or both.”

Other lawmakers also weighed in on the report and the ambitious overhaul proposed as all sides begin to stake out territory within Christie’s new power structure.

“Anyone who walks the Atlantic City Boardwalk for five minutes would come to the same conclusions that it took this commission six months of closed-door meetings to reach,” said Sweeney. “Improving New Jersey’s gaming and entertainment industry means more than just cleaning the streets and slapping on some paint. It means bringing new products into the market that will attract visitors and beat back the steady stream of new competitors. It means creating jobs and welcoming businesses. This report only goes half way.”

The governor is scheduled to present the report again later this afternoon in Atlantic City. 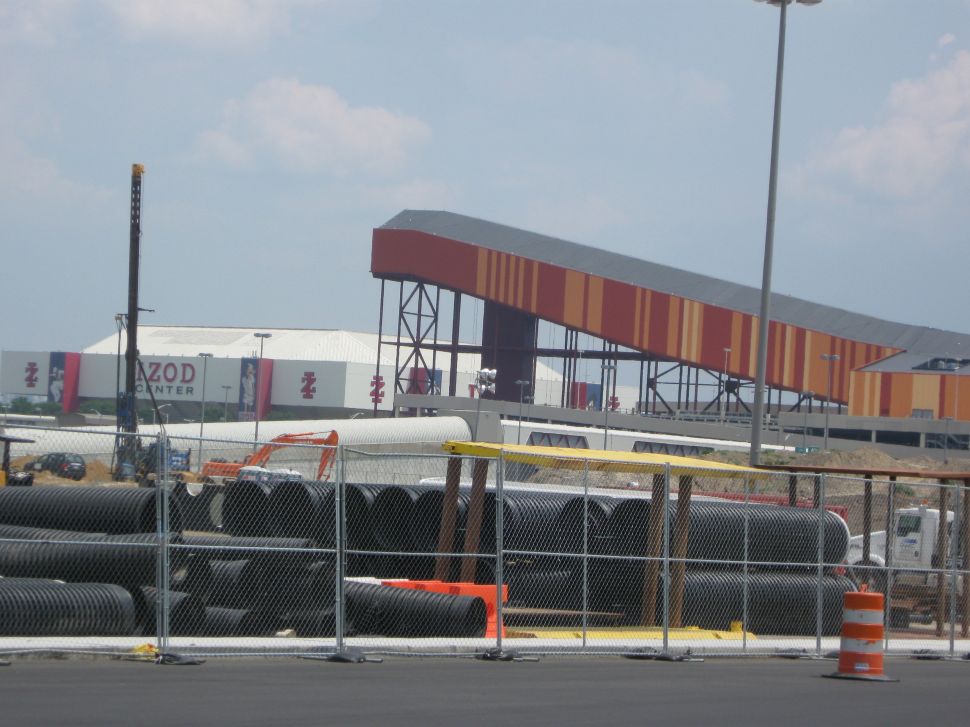