TRENTON – Today’s press conference on a working farm might have been the longest period of time that Mayor Brian D. Levine ever stood beside Chris Christie, governor or otherwise.

But throughout the primary season, Christie showed passing affection for the Franklin Twp. mayor, who this morning joined Christie at Somerset County’s last working dairy farm.

“Mayor Brian Levine hasn’t asked for my endorsement,” Christie said. “I have a lot of respect for him. I think he serves as a counterbalance for some of the other opinions that are expressed in town. I have great respect and admiration for Brian and at the appropriate time I will certainly give it (an endorsement) consideration. If I lived in Franklin, I’d probably vote for him.”

As Christie tidal-waved to a Somerset County victory in 2009, Franklin Twp. was the obstinate Democratic Party setpiece as Jon Corzine and the opponents of Levine’s local GOP allies, won big.

But that didn’t phase the governor as he recalled the losses and cracked to a grinning Levine, “Good job, mayor.” 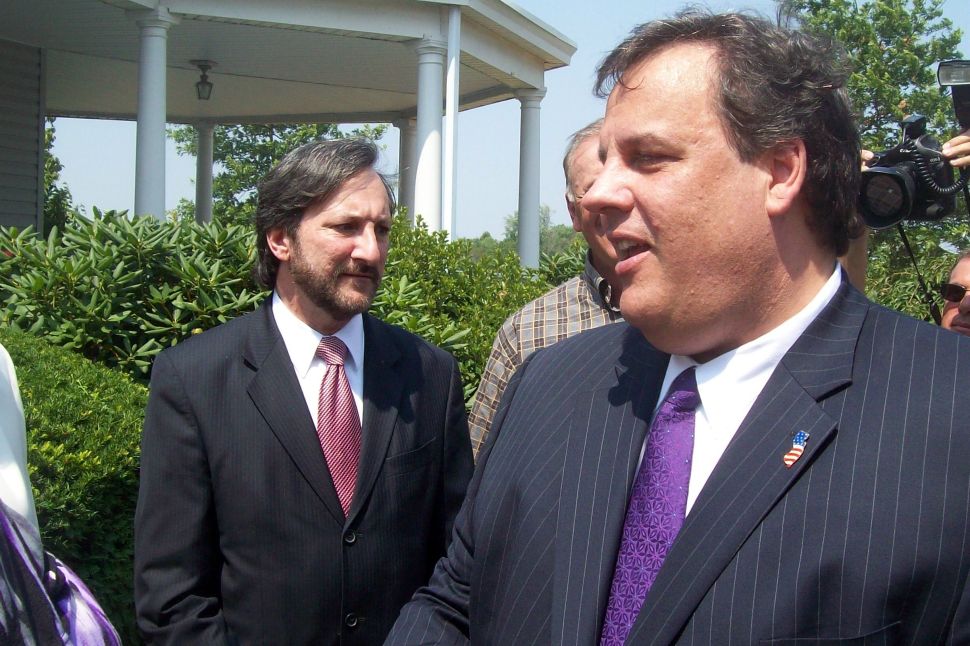