Gov. Chris Christie and senate Democrats have reached an agreement on a property tax cap bill, but Assembly Speaker Sheila Oliver has reportedly not yet signed on.

Democratic sources said Oliver wanted to vet the deal with her caucus before agreeing.

The agreement, announced by the governor in a press conference Saturday, calls for a 2 percent cap on property tax increases, but carves out exceptions for healthcare costs, pension costs, debt service and capital expenditures and emergency allocations.  Voter approval of 50 percent plus one vote would be required to exceed the cap.

In a flurry of press releases Republican lawmakers crowed about the agreement, calling it a victory for the governor and for the taxpayers.

“The agreement announced by the governor finally puts New Jersey on the road that will return fiscal sanity to our state,” said Assembly Minority Leader Alex DeCroce. “Voters will now have a say on how their tax dollars are spent, instead of Trenton politicians.  This is a key component in our effort to cap government spending.”

The full legislature will reportedly vote on the bill Thursday.

On Tuesday, Christie will issue a conditional veto on the cap bill passed by both houses of the legislature last week.  That bill imposes a 2.9 percent property tax increase cap with similar exceptions.

Senate President Steve Sweeney, (D-West Deptford), who sponsored that bill in his house, also said he was happy with the agreement and called Saturday a momentous day in the state’s history of soaring property taxes.

“Hopefully today will go down as the day when New Jersey was finally able to declare independence from its onerous and broken property tax system,” said Sweeney. “This debate has never been about whether or not New Jersey needs a property tax cap – it does – but how best to enact a cap that will protect both taxpayers and our quality of life. I applaud the Governor for not only pushing this issue, but for being willing to work towards a compromise.”

Though Oliver reportedly has not yet signed onto the bill, Assembly Budget Committee Chairman Lou Greenwald (D-Vorhees) said the agreement is moving in the right direction, but still needs to be fine tuned.

“The concessions are a byproduct of our hard work,” said Greewald. “We have been endorsing the 2.0 cap and a number of these exemptions for a couple of weeks. They are absolutely moving in the right direction.”

Greenwald said while Christies was eager to take credit for the compromise, the concessions were actually a result of hard work on the part of the Democrats and the legislature. 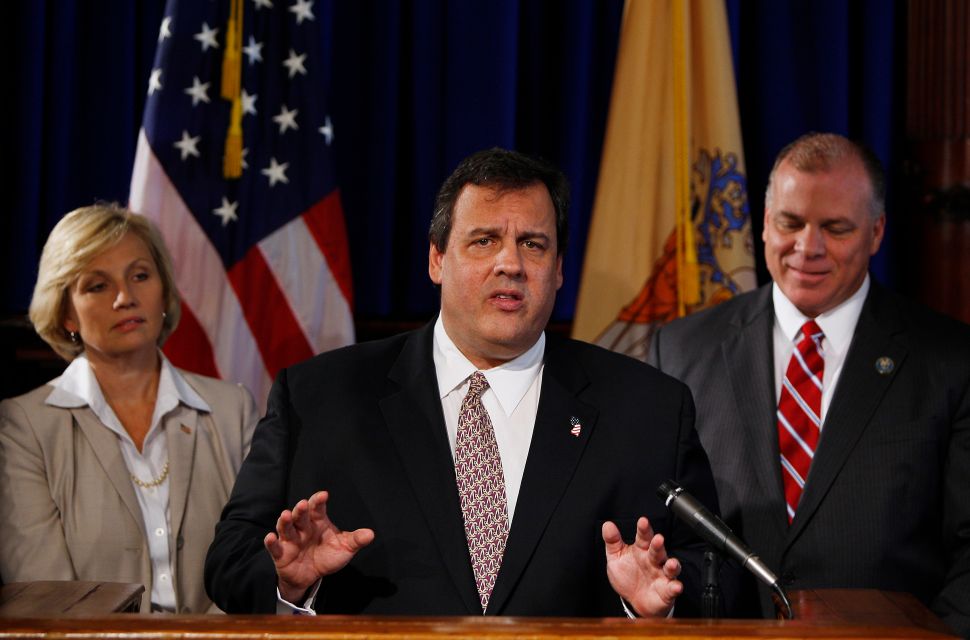