Political trouble in Brick City gurgled up to the surface this afternoon for Newark Mayor Cory Booker, as a new blood city council signaled they don’t intend to back his policies without a fight.

Or maybe not at all.

“If my boiler breaks down, I don’t give my house to the bank; you can get a loan to avoid selling it,” said At-Large Councilman Luis Quintana, reflecting on the mayor’s desire to put control of the city’s water supply in the hands of a muncipal utilities authority (MUA).

The move would enable the city to avert what Booker says is a 37 percent tax hike to plug Newark’s $180 million city deficit.

Knowing Booker urgently wanted their authorization enabling the city to create the revenue-generating MUA, a majority of the governing body, including Quintana, voted against moving on the measure this afternoon.

Baraka and Sharif respectively dethroned Booker’s allies respectively in the May election and a subsequent June run-off.

Political observers anticipated that their upstart presence on the council coupled with the widespread belief that Booker will not pursue a third term in office, would jolt the governing body out of mostly lockstep approval of the mayor’s big ticket items.

“This thing came in from the state yesterday,” said Quintana, referring to the Local Finance Board’s 5-0 Wednesday sign-off on the MUA. “Man, some people on that board had to abstain, because they’re friends with members of the administration, but they didn’t.

“My position all along has been that the sale of our water infrastructure should be up to the people of Newark to decide,” added the veteran at-large councilman. “And my feeling with this MUA is you’re putting Newark’s future in jeopardy. The mayor wants us to take it or leave it. But I want to listen to the voters, and I do not intend to vote for this. You make your deals in Trenton, but I will not mortgage my city.”

The council’s action today delays a vote on the MUA until July 27th. 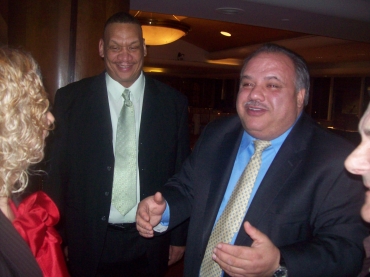