“A Ficus?” he asks PolitickerNJ.com. “A Rubber Tree? It’s ridiculous.”

Pressed on whether he denounces the notion that he’s a willing instrument for the Democrats, he says, “Yes.” When asked if someone in the Democratic camp or with ties to Democrats prodded him to run, he replies, “Not that I know of.”

DeStefano is at the heart of a brewing controversy over the origins of his campaign.  He arose from virtually nowhere last week after an internal poll by the campaign of 3rd District Democratic Congressman John Adler (D-Cherry Hill) showed him pulling in 12 percent of the vote.

Monday, a story in the Courier Post questioned whether DeStefano, who lists his address as Mount Laurel, is a plant by the Adler campaign or other Democratic operatives to try to suck votes from Republican challenger Jon Runyan, who beat an actual Tea Party candidate in the primary.

But DeStefano denies the allegations made by Runyan’s campaign and others, despite the fact that no Tea Party members in the region have ever heard of him.

Monday, rumors swirled that he was planted by Democratic power brokers such as George Norcross.  Asked if he rejects the rumor that he’s a George Norcross-plant, DeStefano says, “Norwitch?” and says he’s never heard of the man.

Sitting in a straight-backed chair in the High Street framing business he’s run at this downtown address for two years, DeStefano maintains, “There is no boogieman here. Did Jon Runyan ask everyone who signed his petitions?”

The question is a response to the Courier-Post article, which lists Marshall Spevak, who has worked on the Adler campaign, among DeStefano’s petition signatures.

“This is a sign that people are tired of both parties,” says DeStefano, who crosses the room and cracks the binding on a book of the U.S. Presidents. He opens to a painted portrait of Ronald Reagan.

“This is the real conservative,” he says.

There is a copy of the Courier-Post on the countertop next to the book, with the DeStefano plant story on the front page – above the fold.

“This is what happens when an average guy runs for Congress,” shrugs DeStefano, who saw his Mount Laurel home foreclosed on by his bank, before relocating the framing business he ran out of the old Victorian home to the Mount Holly address.

“I’m running this campaign on nickels and dimes…”

“Pocket money,” affirms the candidate. “Jon Runyan’s a millionaire, and he’s trying to squash me.”

He’s told that he continually attacks Runyan, and not Adler, which feeds the perception that he’s a mole for Adler.

“Maybe I’m a little overzealous,”” he admits of his repeated salvos on the Republican and not the Democrat.

Can’t he see that he’s helping Adler by grinding an ax over Runyan?

“I’d be disappointed,” he says, when asked if his presence in the race ends up helping re-elect Adler in November.

DeStefano says he joined the race after watching Tea Party candidate Justin Murphy fall to Runyan in the primary.  He said he supported Murphy and called him several times after the primary in hopes of gaining his endorsement for a run at the general election.  DeStefano said Murphy would not return his calls.

“I lost faith (in the Republicans) when I watched Justin Murphy get smeared by a dirty football player,” he told PolitickerNJ in an interview last week.

But his party registrations are only fuel on the smoldering fire as they show a switch to Democrat in April after more than a decade as a member of the GOP.  In June, just five days before the primary that he says set him on his course, he switched his registration again, this time to unaffiliated.

Last week, Murphy and DeStefano encountered each other at an event, and DeStefano said he asked for the endorsement, which Murphy refused.

The Tea Party held a closed session to ask questions of Runyan. Murphy says he doesn’t remember DeStefano working on the campaign and he was not among his contributors.

“He didn’t come right out and ask me to endorse him, but I think he was poking around for Tea Party support,” says the former Tabernacle Committeeman, who lost to Runyan on June 8th by a 40-60% margin.

As he prepared his general election bid in the wake of Murphy’s loss, DeStefano says he reached out to movement conservative leader Steve Lonegan, who told him he was in for an “uphill battle” as an independent Tea Partier.

Lonegan says he hasn’t heard from Runyan, and after today’s Courier-Post story questioning DeStefano’s legitimacy, says, “I’m just going to stay away from this race.”

The West Jersey Tea Party group, meanwhile, sent out a release late Monday putting distance between themselves and DeStefano – in the strongest possible terms.

“I have no idea who Peter DeStefano is, where he comes from or what he is all about,” says the group’s founder, Bill Haney.

Haney said DeStefano acted inappropriately during the event, shouting out a debate challenge to Runyan and ignoring requests to keep quiet.  Now, faced with a controversy in the making, Haney and the rest of the Tea Partyers say they want no part of DeStefano.

“Peter DeStefano is not, and I emphasize, not a Tea Party candidate, by any stretch,” says Haney. “He is a shill for someone else, but certainly not what the Tea Party stands for.” 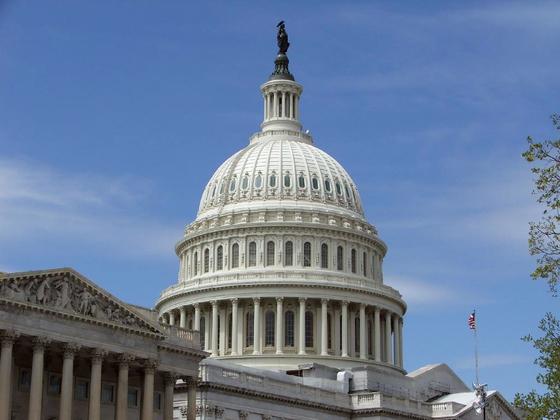