EDISON – The 6th Congressional District campaign of Anna Little planned a blue collar Burger King press conference across the street from the Tastee Sub Shop where President Barack Obama is scheduled for an afternoon talk on the economy. But white collared men in suits wearing abbreviated Burger King headsets cleared Little and company out of the cordoned off area.

“We were moved and we were moved again,” said Little, the Republican nominee challenging U.S. Rep. Frank Pallone (D-Long Branch), whose district cuts through the sprawling suburban town.

The corners of Plainfield Avenue and Route 27 bulged with people hoping to catch a glimpse of the presidential motorcade. Most appeared to be Obama fans.

“Either go into Burger King and eat – or leave,” a presidential advance team member screamed at an old man who hovered outside the fast food restaurant across from the sub shop.

At 12:15, the press office of Newark Mayor Cory Booker confirmed that the mayor was on the tarmac and waiting for Obama, who planned to go from Newark Liberty to Edison. 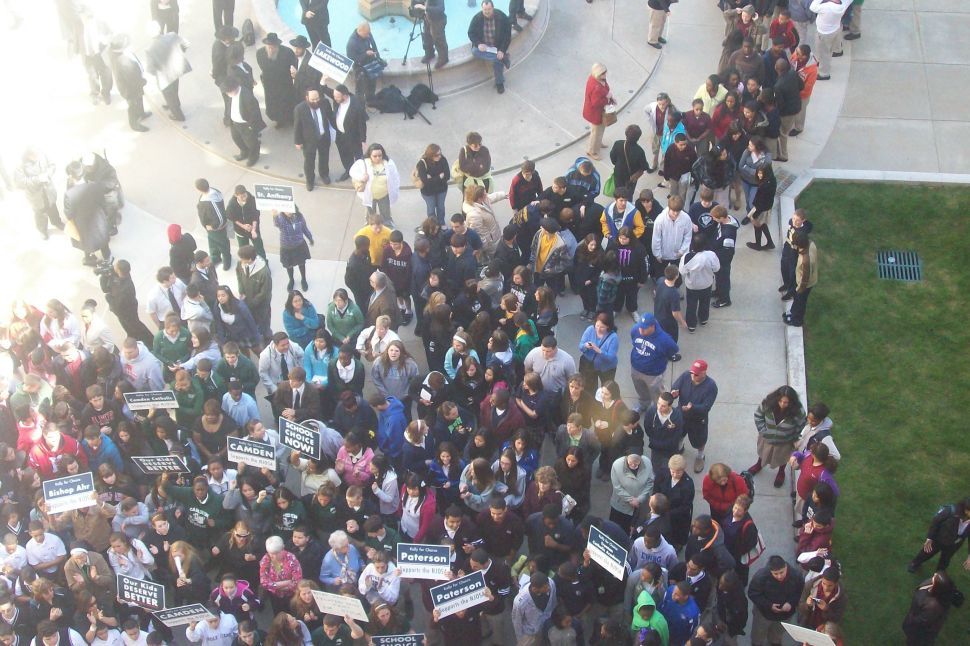