A year ago, President Barack Obama packed PNC Bank Center with fans and used the flailing candidacy of then-Gov. Jon Corzine as a hardly insurmountable backdrop for the more pressing national issue of healthcare.

This time, Corzine’s gone, and nobody seems to know if his Republican successor will attend the Edison blue collar sub shop stop where Obama is scheduled to talk about the economy.

“From what I was told, I will not even be present,” said Edison Mayor Toni Ricigliano. “I was told I would be greeting him. …As far as I know, it will just be the president (not the governor).”

At this time last year Ricigliano was still rejoicing in her win over former Mayor Jun Choi in a bloody Democratic Primary.

Choi had been a hardcore Obama backer in the 2008 Democratic Primary. Ricigliano armed up on the other side of that contest – with then-U.S. Sen. Hillary Clinton.

Now Obama’s back. But without the busloads of pols running to him for political buoyancy.

“He’s done a phenomenal job,” Ricigliano said of the president, who shrugged off not getting a shot to sit in the same room with him after the scheduled grip and grin at the airport.

“We were really on the precipice and he has pulled us back from that.”

The diner where Obama is expected to appear sits on the political turf of U.S. Rep. Frank Pallone (D-Long Branch), who carries $4 million into his re-election bid against Tea Party-approved Highlands Mayor Anna Little, who in her last FEC report showed $16,000.

“We don’t expect Congressman Pallone to be here,” said the mayor, referring to a Congressional voting session, a fact later confirmed by Pallone’s office.

As for Obama’s shaky nationwide approval ratings, the bellwether town mayor said, “He hasn’t been shouting out his accomplishments as much as he should.”

Despite a $3.5 million cut in state aid this year overseen by Christie – “draconian,” in Ricigliano’s words – “We’re surviving,” the mayor said. 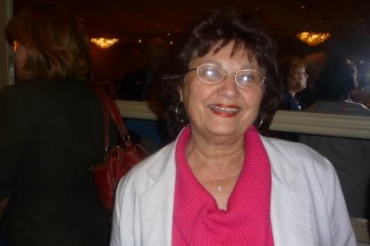