EDISON – The place isn’t much to look at on the outside: squat and corrugated like a discarded leftover from a trailer park on one of those nondescript scraps of Jersey roadway.

But people swear by what’s inside, which for President Barack Obama this afternoon proved half a super sub, which he ordered to go, according to co-owner David Thornton.

While locals mobbed the joint to get their own teeth into one of the specialty offerings here, Thornton stood out front in an apron, arms folded as he recounted the president’s visit just moments earlier.

“He was warm and gracious,” Thornton told PolitickerNJ.com. “He spent a half hour with me and three other businessmen talking about the economy, then he spoke to the press for about ten minutes.” 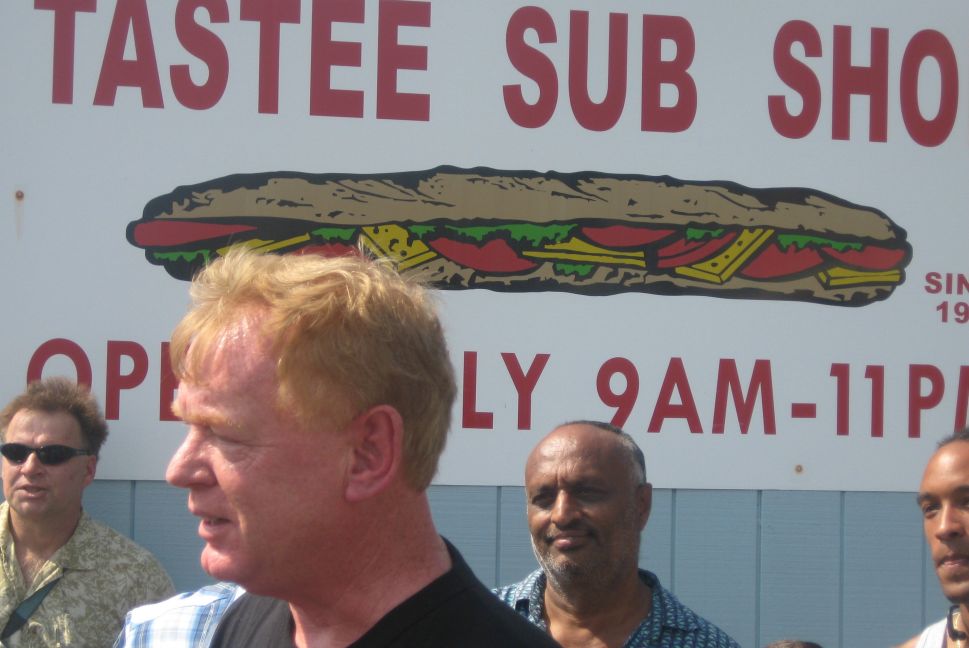