Advocates of marriage equality rallied at the statehouse yesterday, hoping to further their cause while drowning out an opposition rally taking place at the same time.

Garden State Equality, which has partnered with the Lamda Legal Defense fund in a lawsuit to force the allowance of same sex marriage, put on the event that was attended by about 200 supporters.

Steven Goldstein, chairman and chief executive of Garden State Equality said the event was meant to showcase that same sex couples have been relegated to second class citizens in the state of New Jersey.

“I can’t tell you how angry it makes me when i get my tax bill in the mail and I think this is what I’m paying in a state that treats me like a second class citizen,” Goldstein said.

The emphasize their point, the rally featured several same sex couples and their children, who spoke about the failure of the state’s civil union law.

Sharpfried recounted how when she was 8 years old her friends told her that her parents were not allowed to be married.

Allison Burns of Clark talked about the trouble she had enrolling her two sons in school because the home she lives in is listed in her partner’s name.  Nobody at the school, she said, understood the civil union law.

“When I took my son to a new school this year, in order to show proof of residency I brought my civil union certificate,” she said.  “They kept throwing me out of the school to get more proof.  Finally on the third time an assistant principal explained to them what it meant.”

Garden State Equality and same sex marriage were dealt a blow in January when the legislature shot down a bill that would have allowed same sex couples to marry.  At the time, several legislators acknowledged problems with the civil union law, a fact that GSE has called a “smoking gun.”

Lambda’s lawsuit is currently pending before the state Supreme Court.  Goldstein said he has no idea when it might be heard. 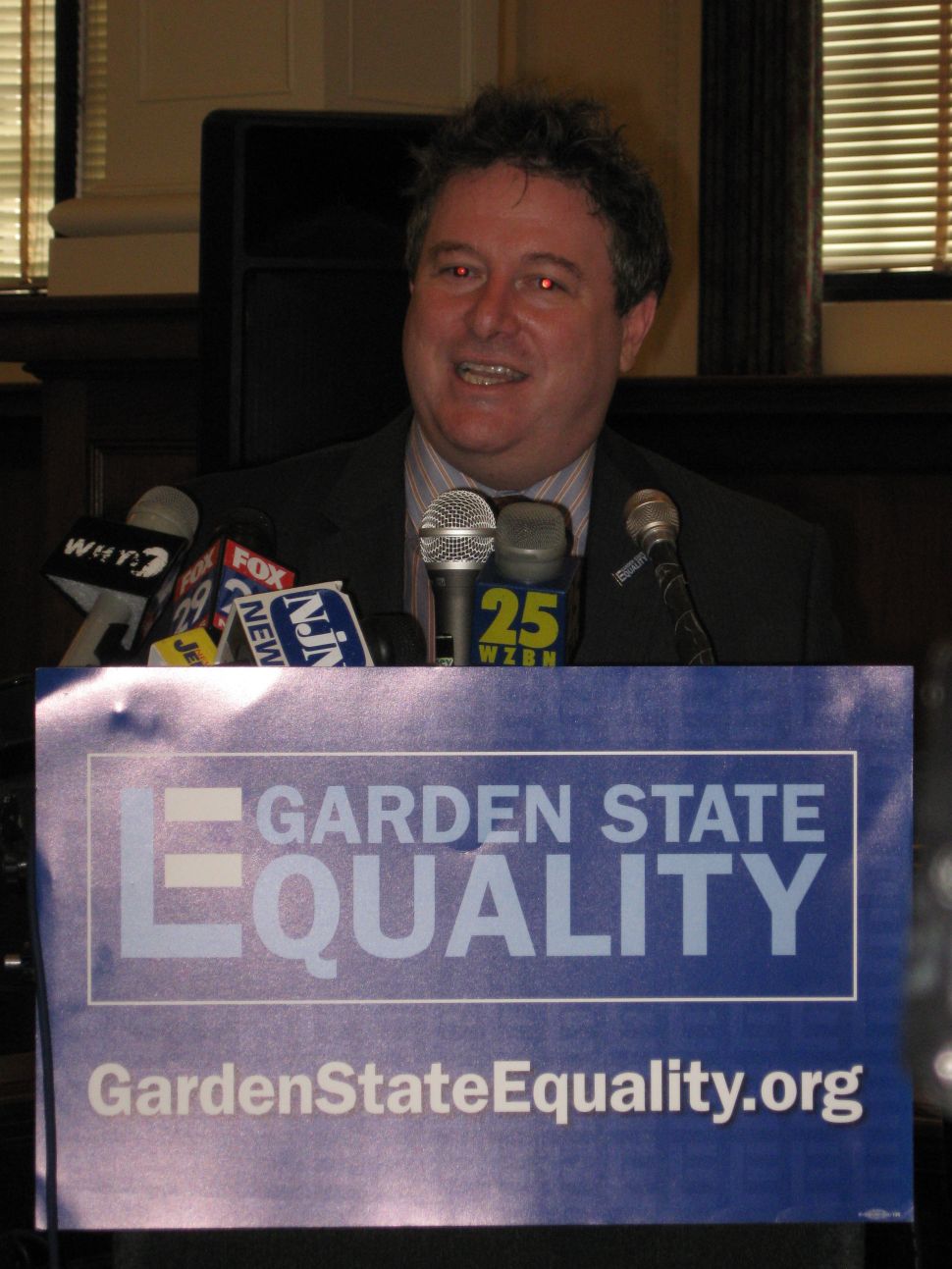