Three years ago, Brown fired up a radio ad campaign against Greenstein, and he acknowledged he could pursue a similar tactic again.

Based in Washington, D.C., Brown and his family arrived today in an RV as part of a nationwide bus tour in which he hopes to hit 19 states to promote marriage between a man and a woman. Trenton is the tour’s fourth stop after Augusta, Manchester and Providence.

“Our endgame is to get as many supporters and activists to vote for the right candidates,” Brown told PolitickerNJ.com. 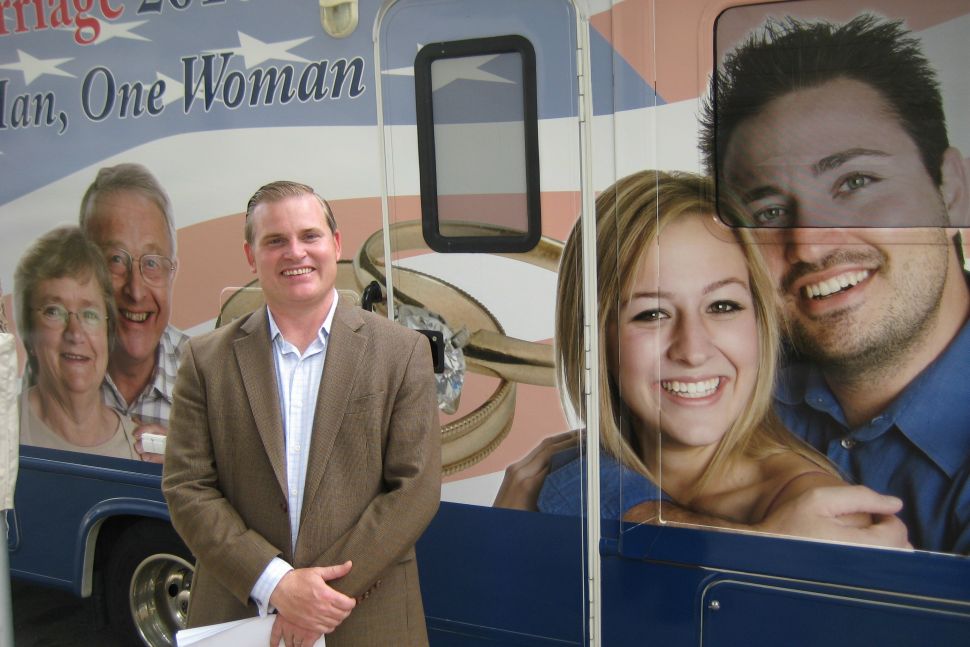