The City Council already told him to shove his municipal utilities authority (MUA).

So acknowledging an impasse with the council, which earlier this month rejected Booker’s plan to lease the city’s water system to generate revenue, Mayor Cory Booker said Newark would move to a four-day work week and move all non-uniformed city employees to a 20% reduction in salary.

“I accept their decision,” the mayor said of the council. “Now that leaves us with an incredible financial issue, we have no budget and a $70 million municipal hole with no recomendation on how to fill it. I will not allow a $70 million budget hole to be filled by taxes.

“I take them at their word,” added the mayor, saying he had spoken with five of the nine-member body who say they won’t support the water sale.

“Could they change their mind?” he left the question open-ended, but said he is now operating on the assumption that they won’t.

Calling on the city council to provide additional alternative action prior to Aug. 2nd to help provide more funds and avoid tax hikes, Booker said the city would move ahead with cutting every single city expenditure that does not go to police and fire services.

Every non-essential contract will be on a 30-day notice. Pools will close.

And the City of Newark will go to a four-day work week.

Booker said all of that adds up to $10-20 million, ballpark.

That means the council would still potentially need to come up with $50 million to close the budget hole and move the governing body closer to passing Newark’s stalled $600 million budget.

The mayor lamented the council’s rejection of his plan to create a municipal utilitilities authority (MUA) that would have generated $100 million over the course of the next two years.

“The MUA is not to plug a budget hole,” the mayor said. “Our water system is in decline. We are not capping our reservoir. We have pipes that are causing overflowing. the EPA will fine us $5,000 per day. We proposed an MUA to meet the urgent needs… and to go after new revenue sourses. We need to stop the poaching of our water.”

But he appeared resigned today to the council’s rejection.

Two council members who voted against the mayor’s proposal said “no comment” when PolitickerNJ.com asked them if they would change their minds and support the water sale.

Seven of nine council people initially accepted Booker’s June’s budget, which contained a seven percent tax hike, the elimination of 600 non-uniformed personnel and the MUA provision, but later balked on the latter. An emergency version would contain the same cuts on top of the executive measures Booker announced today – in addition to another roughly $50 million in cuts the council needs to find, the mayor said. 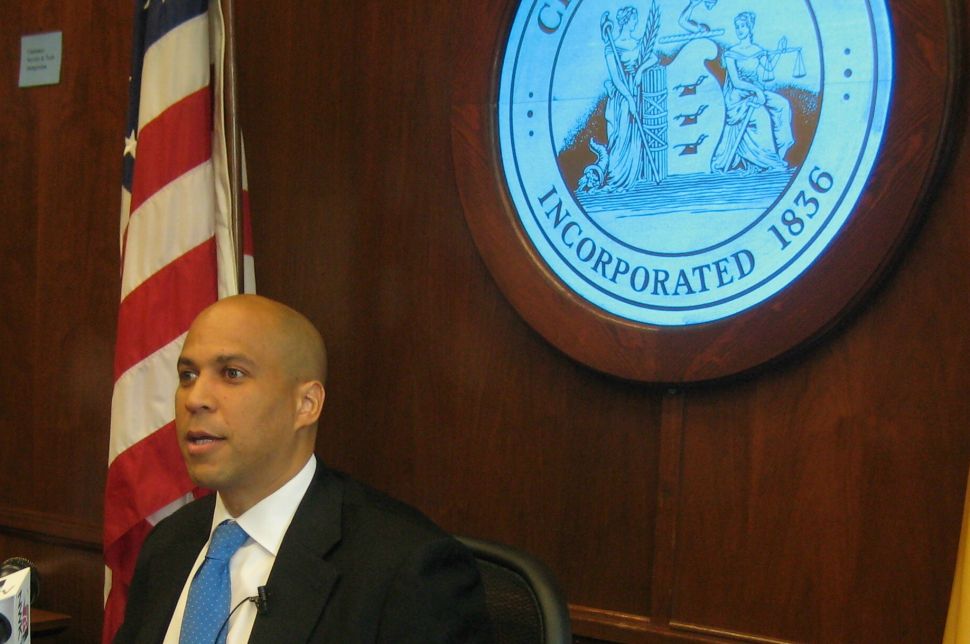