PATERSON – Mayor Jeff Jones walks through his second floor City Hall digs, which right now are barren as Paterson transitions from eight years of Joey Torres to the nascent stages of the Jones era.

Men in hospital scrubs paint the walls, and to hear Jones tell it as he heads for the street, this won’t be the only house-cleaning.

State elected officials, lawyers, consultants, party Rolodex bigwigs who shop their high-priced wares from town to town: the mayor says he’s putting all of them on notice.

“We’ve had community unemployment for far too long,” says the mayor, who was sworn in to his first term earlier this month.

A grassroots outsider who defeated a million dollar mayor in May with less than $80,000, Jones as holder of the most powerful executive office in Passaic County intends to have conversations with elected officials coming up on their 2011 elections.

But don’t expect him to back the incumbents, not unless they can deliver more than they have in the past for Paterson.

“If they get thrown off the line, take it to the people, like I did,” says the mayor, referring to a local legislative team headed by state Sen. John Girgenti (D-Hawthorne).

Jones hasn’t personally sat down yet with Gov. Chris Christie.

“I’ve talked to some of his people – commissioners – and all they told me was, ‘We’ve got so money,'” the mayor recalls. “We got the message. We’ll talk, but we’re going to make sure our house is in order.”

Jones says he has scheduled eight meetings with different city entities per day since he assumed office.

Asked about Newark’s troubles as it wrangles with a proposal of Mayor Cory Booker’s for a municipal utilities authority (MUA), Jones says, “They’ve had the political lion’s share, Newark, and that’s fine. But we’re about Paterson. Paterson’s stepping up now.”

On the street, Jones, in motion with his staff, jumps into a waiting SUV. 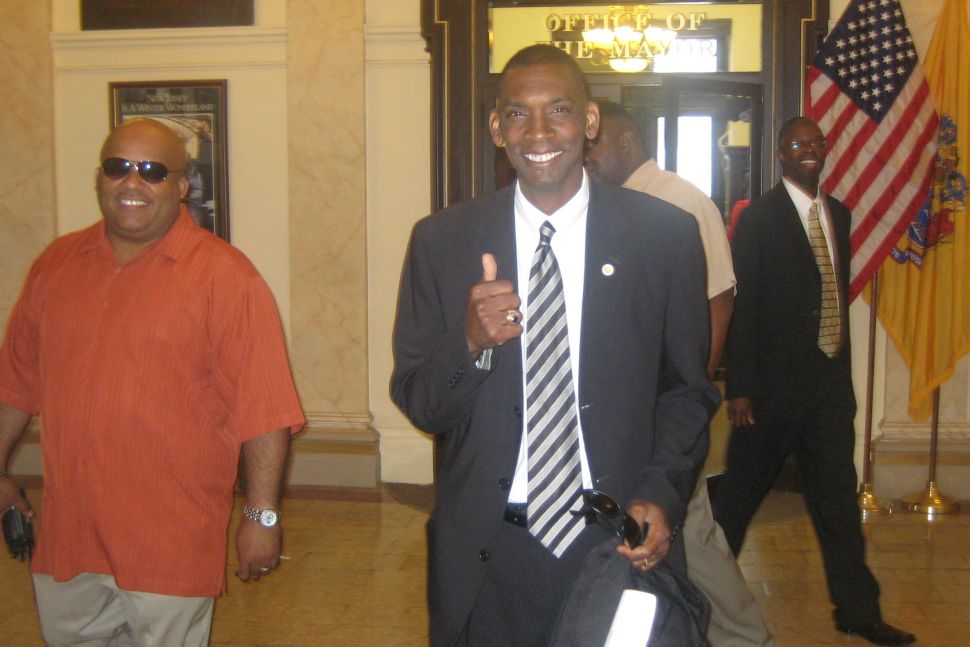