Coming here to Edison is fine, but put some distance on those weekend remarks of Treasury Secretary Tim Geithner, U.S. Rep. Leonard Lance (R-Lebanon) told President Barack Obama in a letter he fired off to the White House this afternoon.

A day before Obama’s drop-in to a town cut in half by the 6th and 7th Congressional districts, Lance called on the Democratic chief executive to back bench Geithner.

“As you prepare for your trip, I ask that you strongly reconsider your economic policy advocated by U.S. Treasury Secretary Geithner last weekend that would allow the Bush-era tax relief to expire for those families making $250,000 or more,” wrote Lance. “This would have a disastrous effect on New Jersey’s working families and small businesses.

“I am proud to represent in Congress many of the constituents and small businesses in Edison. They work hard to afford one of the Nation’s highest federal and state tax burdens.  They are not the so-called ‘super-rich,’ but hard-working middle class families facing one highest costs-of-living in the country.”

In Sunday appearances on two shows, Geithner proposed eliminating Bush tax cuts for those making over $250,000.

“We think that’s the responsible thing to do…. to make some progress bringing down our long-term deficits,” said the secretary.

Having weathered a nerve-wracking GOP Primary in which his chief opponent made him pay with sweat for saluting the earliest version of cap and trade, Lance rattled Obama specifically over Geithner’s TV remarks while tempering his overall assessment of the president in time for a 7th District general election.

“If I had a single criticism of this president I think (Obama’s tenure to this point) it should have been more bipartisan,” Lance told PolitickerNJ.com in a telephone interview.

“I’m not measuring the drapes for the majority yet,” he added. “But this is going to be a strong year for Republicans, in my judgment. We’re going to be able to be more bipartisan.”

Lance feels vaguely lonely as a Republican congressman from the northeast, pointing out that among the 29 members of the New York delegation, for example, just two wear a GOP tag.

“Overall, we have to do a better job in the northeast,” said the freshman congressman. “Obviously, I’m contributing to the NRCC (National Republican Campaign Committee) for Republican House members. There are important races here in New Jersey.” 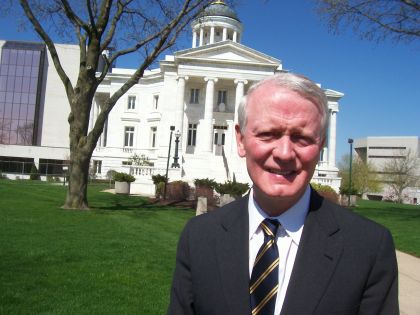