New Jerseayans remain split on Gov. Chris Christie, according to today’s Monmouth University/Gannett New Jersey Press Media Poll, in which voters applaud the Republican governor’s cost-cutting efforts, but also worry about the effects of the cuts.

Forty-four percent approve of the job Christie is doing, and 44% disapprove among all state residents, compared to 45/43% among registered voters, a slight uptick from his April rating after he first announced his budget plan (41% to 44% among all adults and 42%/44% among voters).  The poll shows 80% of Republicans (up 15 points from April), 45% of independents (down 4 points), and 23% of Democrats (up 4 points) approving of his job performance.

“The budget seems to be the main driver of public opinion about the governor right now. Few New Jerseyans were thrilled with the cuts when they were first announced, but more have come to terms with the budget now that it is done,” said Patrick Murray, director of the Monmouth University Polling Institute.

The same poll shows the state legislature registering positive job ratings from 24% of the public (up from 20% in April) and negative ratings from 49% (down from 56%).

More than four-in-10 residents give Christie either an A or B for controlling costs and cutting waste (43%) and bringing ethics and honesty back to state government (44%), while 1-in-4 give him poor grades of D or F in these two areas (27% and 26%, respectively).  A majority (52%) give the governor high grades of A or B for his level of effort, compared to 22% who rate him a D or F.

In assessing Christie, the poll reveals the greatest division in the area of property tax relief, where 31% say he has earned an A or B compared to 38% who give him a D or F.  (The poll was conducted after the property tax cap deal was reached last week, but before the governor signed it into law on Tuesday).

“Compared to Jon Corzine at a similar point in his term, the current incumbent earns higher marks on cost-cutting – 43% compared to 26% who gave above average grades to Corzine in September 2006,” said Murray. “However, Christie earns lower grades for improving schools – 44% give Christie below average grades compared to 27% who did so for Corzine.”

Overall, 16% of New Jerseyans say they are satisfied with the final budget compared to 30% who are dissatisfied.  The governor’s initial budget satisfied 22% compared to dissatisfying 44%, two numbers that declined after Christie signed the final deal. A majority of New Jerseyans (51%) say they “can live with” the budget deal, acccording to the poll.  The numbers compare favorably to Corzine’s final budget in June 2009, when 6% were satisfied, 37% were dissatisfied, and 53% said they could live with it.

But “A major sticking point for the budget is that the public sees the cuts hurting almost every group of New Jerseyans,” said Murray. “Only the wealthiest escape unscathed – 42% of the public says that wealthy residents will be helped by this budget and only 13% feel they will be hurt.  Opinion is divided on the budget’s impact on the business community – 34% say New Jersey businesses will be helped while 38% say businesses will be hurt. Other groups of New Jerseyans may not be so lucky.”

Roughy half the public believes senior citizens (48%), property tax payers (51%), poor residents (52%), and middle class residents (54%) will feel pain from this budget, while only about 1-in-4 think that any of these groups will be helped.  Fifty-three percent say transit riders are also more likely to be hurt than helped (9%) by this budget.  The biggest victims of the state budget, though, are believed to be state workers (61% hurt to 13% helped) and teachers (71% hurt to 11% helped).

“The budget’s large cuts in state aid to local school districts and towns remain a concern for many New Jerseyans,” said Murray. “Half (50%) call these cuts unfair compared to 35% who say they are fair in light of the other programmatic cuts. The number who call these cuts fair has increased from 28% who felt that way when the budget was first introduced, while the number who call them unfair has remained basically stable.

Eighty-three percent of the public followed news about the final budget deal, including 30% who “heard a lot about it,” down from the number who paid attention when the governor first unveiled his plan four months ago (89% aware, including 45% “a lot”).

Monmouth University/Gannett New Jersey Press Media Poll pollsters conducted the survey by telephone with 801 New Jersey adults from July 7 to 11, 2010.  This sample has a margin of error of + 3.5 percent. 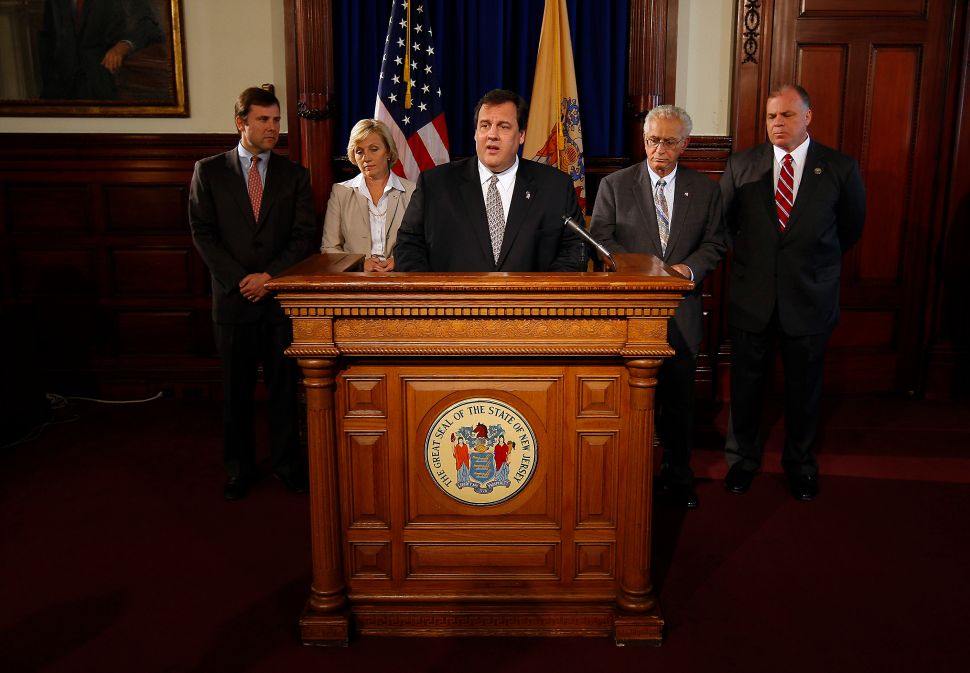