Gov. Chris Christie heads to Washington, D.C. today for a meeting with the state’s Congressional delegation

Among the topics the governor is expected to discuss in his second meeting with the federal delegation is Medicaid funding – so called FMAP – which could mean an additional $500 million in the state’s coffers next year.

FMAP funding is due to expire and Democrats familiar with the meeting told PolitickerNJ they hope to leverage the state’s financial woes to push Republicans for voting for its extension.  Christie has not said where he will make up the money if FMAP is allowed to expire.

Today’s meeting is the resumption of a tradition that goes back several administrations but was interrupted by Gov. Jon Corzine. 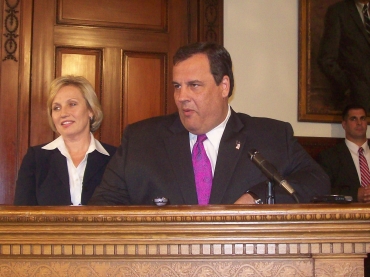