FRANKLIN – With the Assembly Democratic Caucus gathered behind closed doors and mulling a collective strategy, Gov. Chris Christie said he hasn’t ruled out looking at additional legislation tied to the 2.0% property tax agreement he struck over the weekend with Senate President Steve Sweeney (D-West Deptford).

“The commitment I gave to her yesterday was the same commitment I’m giving anyone in legislative leadership, which is if they come up with legislation they want me to consider, I’ll consider it,” said Christie, referring to talks he had with Assembly Speaker Shelia Oliver (D-East Orange).

Standing in the last Somerset County dairy farm in a blue suit among chirping birds and dreary-eyed cows, Christie recounted a timeline with Oliver over the last several days in which he reached out to her in an attempt to engage.

“As far as the speaker’s involvement… twice offers were made to the speaker’s staff for them to be involved in the negotiations,” said the governor, who said Oliver’s people believed a conditional veto of Sweeney’s 2.9% property tax cap proposal would have to come first, before a deal, and so opted out of the back room.

“Maybe they didn’t think we’d work it out with the senate, I don’t know, but we did – and she was invited to be a part of that with her staff,” the governor added.

Assemblywoman Linda Stender (D-Fanwood) today called on the governor for the third time to restore $7.5 million in planning family funding to the FY 2011 budget, to which Christie told reporters, “No, I haven’t made a decision yet.”

Appearing in Franklin Twp. with Lt. Gov. Kim Guadagno and Mayor Brian Levine in part to promote Jersey farming, Christie joked that he would not be averse to dancing a “rain dance” if it would help the parched conditions assailing the farm here. 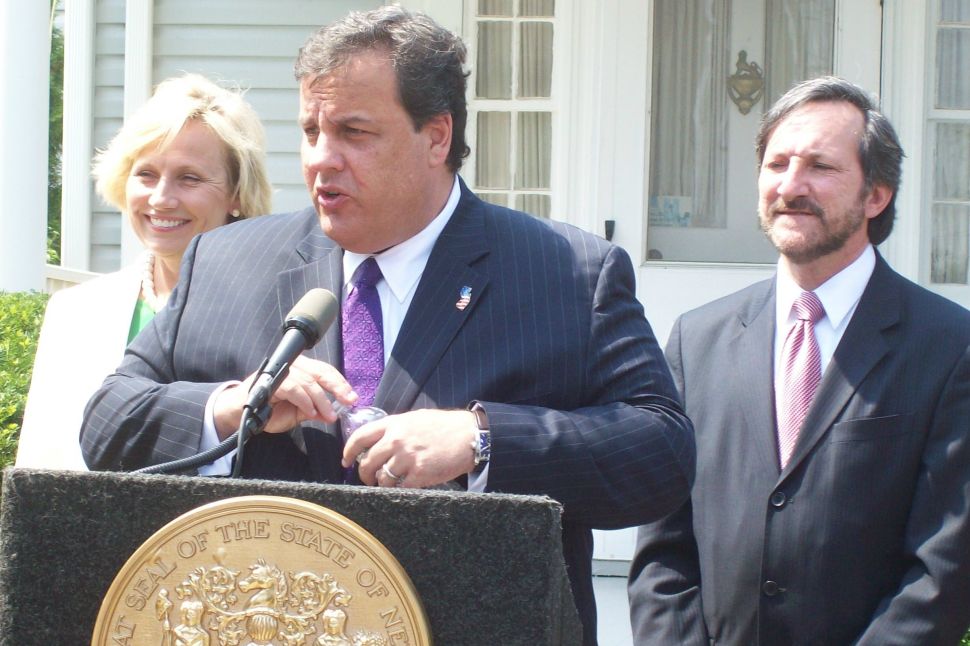