It’s early yet, so neither man will commit to contending, neither Whelan for the District 2 seat he holds, nor Polistina for the same seat Republicans want him to win.

But the two legislators voted in opposition to each other along party lines on the state budget, and both are aware of the altered political landscape, where Gov. Chris Christie narrowly defeated Jon Corzine in a gaming resort district that trended Democratic during the GOP’s Bush implosion when Whelan won.

“I’m out working very hard on the grassroots support and fundraising, so in the event that I decide to run, I’ll be ready,” Polistina (pictured) told PolitickerNJ.com.

The suburban engineer said he and his district-mate, Assemblyman John Amodeo (R-Margate), will finish the summer of 2010 with $175,000 in the bank, as Polistina considers whether or not to take on Whelan in a district where registered Democrats outnumber Republicans, 40,000 to 32,000, but where a chunk of 51,6000 more voters count themselves independents.

“No one’s put pressure on me to run,” said the prospective challenger. “I would only do it because I want to do it. At this point, it hinges on further discussions with the family.”

Devastated by Democratic advances in the first part of the millennium, Republicans eyeball South Jersey’s District 1 and 2 with a particular vengeance.

“They’re frankly must-wins for us to reclaim control of the senate,” said Atlantic County GOP Chairman Keith Davis, referring to the 23-17 edge the Dems own in the upper house.

Encouraged by what he sees as the early progress of Gov. Christie, Polistina delights in conveying philosophical differences between himself and the Atlantic City based senator, a former mayor.

“There are extremely stark contrasts between us,” Polistina said of Whelan. “This guy has been focused on ways to spend more money and borrow more money, and overall we need to go in a different direction. I’m very excited about working with the governor.”

With one eye on the Christie victory and the deep GOP roots here that yielded his powerbroker predecessor, Bill Gormley, Whelan doesn’t drop into an obvious attack posture when considering this Republican governor and his polices.

“I’m not sure that’s the right approach,” said the senator, chair of the senate gaming and wagering committee. “Since we have a divided government right now, people will look for us to work together.”

Upset by cuts to seniors and women’s health contained in the governor’s $29.4 billion budget, he voted no, but turned around and gave a thumbs up to Christie’s 2 percent cap – with concessions Whelan insisted on on his way into the Democratic caucus room after the governor’s initial compromise proposal earlier this month.

As for Christie’s government reform or “toolkit” proposals, Whelan said, “The governor’s calling for doing away with civil service, and I’m open to reviewing it. It’s more a question of finding that middle ground to show people we’re working together.”

Divided on the budget and the millionaries’ tax, which Whelan wanted to restore and which Polistina didn’t, the two would-be opponents agree on banning video lottery terminals from the race tracks to keep the VLT business centered in Atlantic City.

“We need better marketing and the city needs more capital investment,” said Polistina, days before Christie is scheduled to unveil a plan to refurbish the South Jersey seaside pleasure dome. “We need to figure out how to improve the city to make it a true destination resort.”

Having already called for a state gaming summit, Whelan said he looks forward to the governor’s ideas.

More than emphasizing divisions with Whelan on specific district-based issues relating to the struggling casino industry, Davis and Polistina both regularly lament what they say is the senator’s less than activist leadership role in renewing the South Jersey gaming hub.

Asked about Christie’s roll-out next week of a new vision for Atlantic City, “I’d like the opportunity to work with him on that,” said the former AC mayor.

“I would hope to have some insights and input,” Whelan added. “We need to clean up the blight, and we need a new product to get people to go there. If the governor’s for those things and we have a good plan, I’m all for it.” 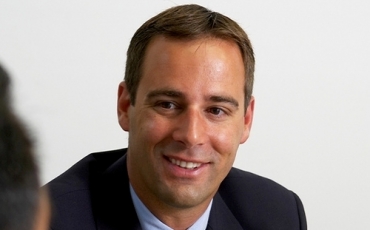