Residents and employees at the Plaza Diner near Tastee Sub Shop in Edison, NJ were not impressed with the president’s visit to their town, or some of his initiatives.

Angela, a waitress at the well-lit greasy spoon on Route 27, said she overheard earlier in the day a woman asked what Obama will order at the sub shop, and she replied he should order “a Presidential Sub, full of baloney.”

Anita and Howard Bennett, senior citizens from Edison, said they weren’t sure why the president came to Edison, but Anita said the president deserves respect no matter what, then she trashed him. “Even though he did screw the seniors.”

She also called out illegal apartment dwellers who skirt taxes: “They should have an excess tax.”

When asked about Obama, her husband, a military veteran, gave an unimpressed harrumph. And Gov. Chris Christie? Another hurrumph.

Angela, the waitress, had mounds of concerns about the state of the country and New Jersey that she was willing to list. As she did, Anita started singing, “Soli-darity for-ever.”

The town was wired from the visit but no one knew why it was Edison that was graced with Obama’s presence.

“I guess he wanted to talk to the small business owners,” Angela said, but the running joke was that he may not have even been in New Jersey since he only was seen at less than football field distance by a handful of people.

Clara, the other waitress: “It wasn’t him. He wasn’t even here.”

He may as well not have been, as far as these citizens are concerned.

His nephew spoke at times for him: “At the end of the road, the small business owner, we haven’t seen any of the changes. We’re hearing it. We’re not seeing nothing.”

Their business has been in decline for the three years that the Kim family has owned it; Kim said they’ve seen 20 to 30 percent loss of sales in that time.

It didn’t help that the president’s visit shut down Route 29, a major customer corridor. A slow day for one small business owner, because the leader of the free world came to town to champion small business. Go figure?

Kim said the government needs to connect banks with small business owners to reestablish the fiscal flow, otherwise business owners are going to get squeezed by state and local budget cuts that make their life more difficult and expensive.

At this diner, Obama was on the menu today, but no one wanted a slice. 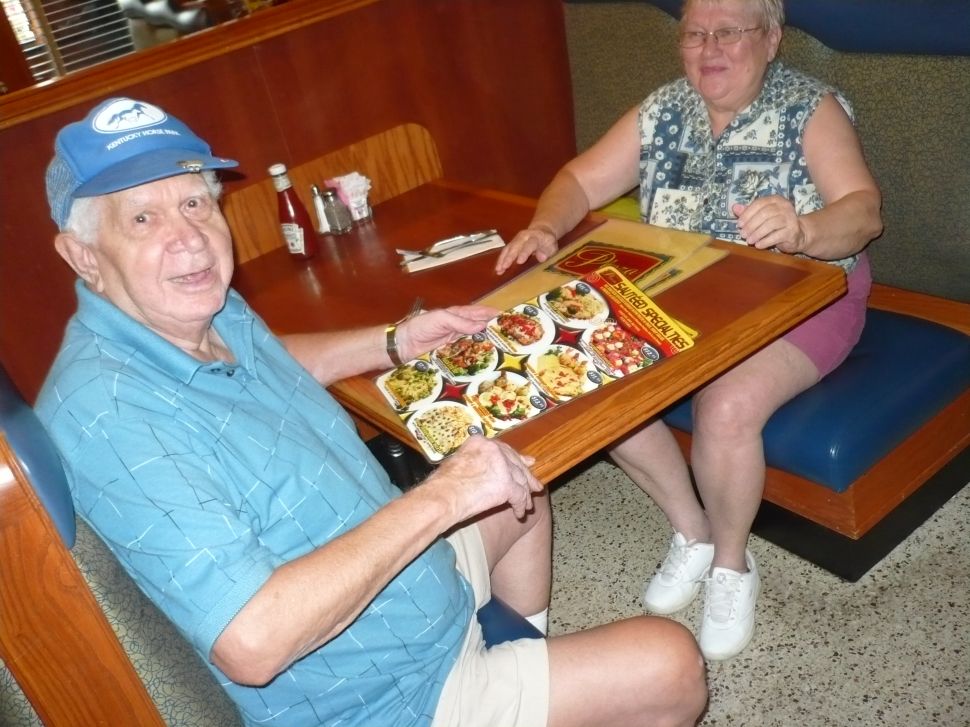