TRENTON – Her would-be opposition resigns itself to the notion that she can vote however she wants without fear of voter reprisal.

Her organization’s too big. Too strong. Too well-connected.

Poised for re-election next year in the safely Democratic 29th Legislative District with the long arm of Essex County’s most powerful political operation at her back, state Sen. M. Teresa Ruiz (D-Newark) didn’t surprise anyone when she recorded an aye vote for Gov. Chris Christie’s $29.4 billion budget.

The deputy chief of staff for Essex County Executive Joe DiVincenzo looked like an easy short lister of those four Democrats most likely to vote yes in order to advance the budget out of the senate. Not only did DiVincenzo tell PolitickerNJ.com that he supports 95% of what Christie has done as governor, but there’s a relationship there going back to when the freshman county executive reached for the telephone in 2002 and told then-U.S. Attorney Christie that he didn’t want to go to jail like his predecessors.

“The four Democrats who voted for the budget are an interesting group,” acknowledged Patrick Murray, head pollster for Monmouth University. “Jeff Van Drew has electoral concerns, but the other three occupy safe seats. Brian Stack and Sandra Cunningham have given at least tacit support to Christie in the past. That leaves Ruiz, whose full-time job is reporting to a powerful county executive who has allied himself with much of Christie’s agenda. As I said, it’s an interesting group.”

But Ruiz said she cast her vote in full confidence of restorations secured by Democrats for the budget, and with no pang to be among her party’s dissenters.

“Nobody wanted to shut down government,” Ruiz told PolitickerNJ.com. “From hearing the previously reported stories about the government shutdown, achieving a consensus agenda was foremost. This was an extremely difficult budget, but there were key restorations in it that gave me a comfort level to vote for it, including NJ after 3, the Center for Hispanic Policy and Research, restorations for the disabled and safeguards for the most vulnerable.”

Ruiz said she fully intends to run for a second term next year.

“Absolutely, yes,” she said. “I love serving the public.”

At least one potential opponent said the strength of the North Ward Democratc Organization and DiVincenzo’s political operations – not to mention redistricting next year that is likely to favor Ruiz – make the thought of running against the sitting senator sheer folly.

“I’m not running,” said Newark At-Large Councilman Luis Quintana, who was buried by Ruiz in his of-the-line 2007 bid. “I’m not going to give up my council seat. I want to continue serving the citizens of Newark. It goes without saying that I’m not the favorite child of the Democratic Party. I’m no ally. The senator and her husband campaigned against me this time in the citywide election. Theres nothing i owe the senator.

“I ran for senator two times, once against Sharpe and once against the machine,” Quintana added. “The party won’t give me the line. The party is like a Berlin Wall. You can have all the best intentions, but without the line here, it’s not happening.”

Several people have asked former Assemblyman Wilfredo Caraballo to consider a run, but Caraballo was trampled once by the organization in 2007 when he tried to run for re-election off the line.

The Seton Hall University professor is not in the mood to get lumped up again. “There is no opening,” a blunt Caraballo told PolitickerNJ.com.

For her part, Ruiz early had nothing but priase for the Christie administration.

“They have been extraordinarily responsive,” said the senator, who noted the administration’s quick action in addressing a health hazard at the Wilson Avenue School.

“These are tough times, everyone’s making tough choices,” Ruiz added. “It’s globally tough, of course, but from a personal standpoint, to put a face to it, the administration stays in constant communication with us.” 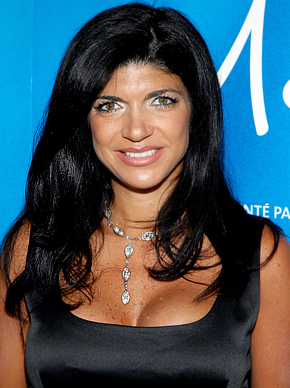