It’s Runyan’s biggest quarterly output since he became a candidate and early had the opposition jeering at his inability to raise dollars.

Since the start of the campaign, Runyan raised $652,000 with $300,000 coming from the former Philadelphia Eagles’ star’s own bank account.
In this closely watched contest in a Republican-leaning district, he still lags far behind incumbent U.S. Rep. John Adler (D-Cherry Hill), who showed $1.8 million cash on hand in his May Federal Election Campaign report. 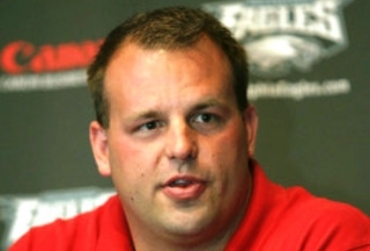