The senate Thursday morning voted to approve a 2 percent cap on property tax increases, wrapping up two weeks of negotiations between the governor and the senate president.

The senate’s vote was the penultimate step for the cap, leaving the assembly to approve the measure.  The assembly is likely to vote sometime next week and Speaker Sheila Oliver, (D-East Orange) has already signaled that her caucus will support the measure, despite a heated debate among members Wednesday.

The senate approved the bill by a vote of 36 to 3.

The bill would cap local property tax increases at 2 percent but carves out exceptions for healthcare costs, pension costs, debt service and capital expenditures, and emergency allocations. A simple majority of voters would be needed to approve any override of the cap.

The bill is the result of a compromise between Senate President Steve Sweeney, (D-West Deptford) and Gov. Chris Christie.  Christie had initially proposed a constitutionally mandated 2.5 percent cap with an exception only for debt service, while Sweeney had introduced a statutory 2.9 percent cap with several exceptions.   Christie’s cap would have required 60 percent of voters to exceed. Sweeney’s bill passed in both houses last month.

After several meetings between the two, the agreement was reached Saturday afternoon.  Yesterday, Christie cast a conditional veto of Sweeney’s cap bill, opening the door for today’s vote.

In voting against the measure Sen. Shirley Turner (D-Ewing) said residents in her district could not afford the taxes they are asked to pay already, never mind after a 2 percent annual increase.  What is needed in the state is not just relief, but reform.

“I think the people in this state are crying out not just for relief, they want reform,” she said.  “Until we roll property taxes back we will always have that dubious distinction of being the highest property tax state in the union.”

Sen. Ronald Rice (D-Newark) also voted against the cap, voicing the opinion of several Democrats that passing the cap without the governor’s so-called “tool kit: of 33 reform measures, the cap is useless.

“Without that tool kit the 2 percent doesn’t even work, so who are we kidding? For that reason at this time I cannot vote in the affirmative on this Mr. President,” Rice said.

Senate Minority Leader Tom Kean,  (R-Westfield) told his colleagues the cap was a major step toward giving taxpayers the ability to predict their annual taxes.

“Giving voters a choice will help prevent another family from moving out or another business from folding due to rapidly expanding property taxes,” Kean said.

Both Kean and Sweeney are co-sponsors of a bill that would create a commisison made up of financial professionals to review the cap every year and ensure that it is functioning as intended.

“Now that it’s statutory it is a breathing, living document that we can adjust,” Sweeney said. “Having this commission review it annually I think helps us make it better.”

Sweeney said the senate would continue to work all summer on the tool kit, adding that he and Christie had agreed something should be done by the fall.  Asked whether the tool-kit would change drastically from what was introduced by Christie, Sweeney said there is no question the parameters will change.

“This bill we just did today was significantly different, of course it will be,” Sweeney said. 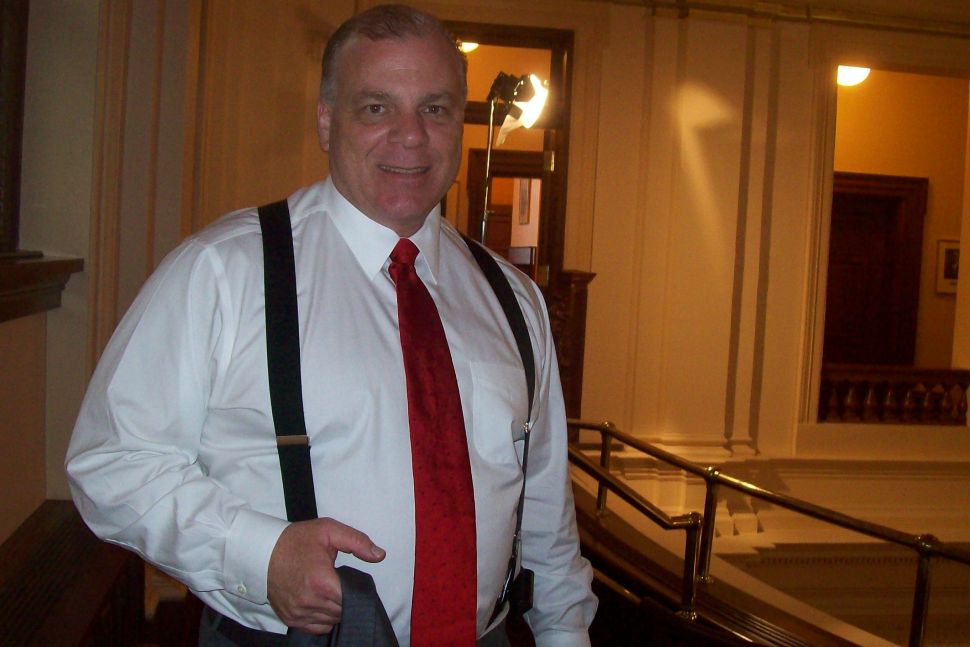