Bollwage doesn’t trail a clanking camera crew eager to get that penetrating close-up of him embroiled on the job.

But the mayor now is encircling media like at no other time of his long political career as he jabs at the Democratic legislature and throws a right hand at the policies of Gov. Chris Christie, most significantly in the case of the 2 percent property tax cap that Christie signed yesterday with Democrats all but shouldering one another of the frame to get close.

“Big cities in the northeast of the state will struggle with this policy,” said Bollwage. “We will see, longer term, massive layoffs in big urban areas, combined with tax increases.

“The legislature’s done the politically attractive option first, which was signing off on the cap before the toolkit,” he added. “They won’t be able to accomplish the harder part, the toolkit, as – at that point – they’ll be too exhausted by this political dance with the governor.”

That’s mostly what Bollwage sees as Christie makes his moves and sends the opposition careening: masterful Machiavellian politics masquerading as public interest. He gives the governor credit for game playing, but doesn’t believe Christie’s doing anything other than trying to crack apart the Democratic urban vote by pitting mayors against their base: cops, firemen and public works employees.

“When our state aid get cuts by $5 million and then Chris Christie’s commissioner of education puts $5 million back into the school board budget, that’s a $10 million hole that has to be filled,” the mayor said.

His police and fire laden city budget maintains an annual tax increase of 1.4% through 2014, a carefully considered calculation, he says, which state cutbacks will derail, inevitably forcing him above the Christie triumphant cap.

Asked about Newark Mayor Cory Booker’s endorsement of the constitutional cap originally endorsed by Christie, Bollwage said the city to his north is ironically looking at 650 layoffs and a 7.5% tax increase. He adds that he believed Senate President Steve Sweeney (D-West Deptford) dismally compromised himself by backing a cap deal.

“If the senate had any guts and the governor wanted to actually work instead of playing politics, the state would require all employees to pay for their healthcare – that would roll back taxes,” Bollwage said. “Instead of taxpayers paying 18.5% for pension costs and employees paying 8%, you’d reverse those numbers.

“Look, I’m telling you, the City of Elizabeth pays $25 million annually in healthcare costs,” Bollwage added. “If my police chief makes $190,000, you’re telling me he can’t pay $12,000 for healthcare? Something could be worked out for those at the lower end of the payscale, but this is about creating an understanding that this is a government job with pension benefits. This is part of the deal. This silliness of the governor and senate president giving us the option of a special election to go over the cap – elections cost $100,000. So why pay for a special election to override a cap? It’s a simplistic mathematical equation.”

Up for re-election in 2012, Bollwage laughed at the prospect of running for governor against Christie.

Have you ruled it out, he was asked.

“Listen,” he added. “This is hardball politics on the part of the governor, I give him credit. He’s the only one down there who has a political backbone. The Democrats have no political leader right now. I just can’t sit by as the mayor of the fourth largest city.”

“This is a very articulate mayor who has stepped up his public input on views impacting his community,” Dworkin said. “By virtue of his position, when he makes a comment, people listen, so this has certainly gotten him more publicity. He has a leading role here as an urban leader in this state.

“Part of this, of course, is the media looking for conflict, because that’s exciting,” added Dworkin, acknowledging the dearth of harder-edged Democratic Party opposition to the aggressive Republican governor.

“It’s boring to write about everyone agreeing, as opposed to the mayor of a major city opposing the governor in an outspoken way.” 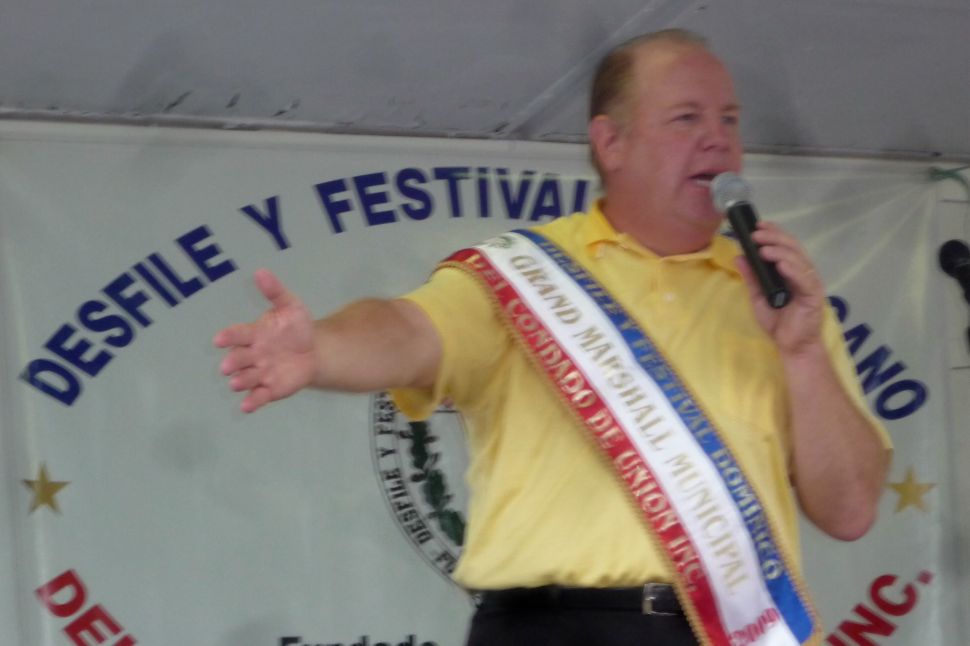