Gamesmanship over competing proposals for a cap on property tax increases continued yesterday when many Democratic senators refused to show up in Trenton, despite orders from Gov. Chris Christie to hold a special session to discuss the caps.

According to Sen. Tom Kean (R-Westfield) the entire 17-member Republican caucus showed up for work, even holding the opening prayer in the senate chambers and saying the Pledge of Allegiance, but the room remained devoid of Democrats.

“The Democrats refused to show up today to fix our property tax crisis while families fight to stay in their homes,” Kean said in a statement. “There is a real affordability crisis in New Jersey. We must act before another family moves out or another business closes.”

The senate budget committee met early Friday to hash out the schedule of hearings on a cap proposal.  That meeting was marked by an angry exchange between Sen. Kevin O’Toole (R-Cedar Grove) and Sen. Paul Sarlo (D-Wood-Ridge).

Yesterday, Senate President Steve Sweeney said he would not send his whole caucus to Trenton today, despite Christie’s orders.

“We fulfilled our constitutional obligation today,” Sweeney told reporters after Christie spoke after Christie spoke before both houses of the legislature Thursday. “Now the governor can call us in every day if he wants. That’s not required for us to do, nor are we doing it.”

“Senate Democrats are doing exactly what the governor has asked — working on the issue of property tax reform,” Roseman said in an e-mail. “The Budget Committee spent two hours this morning setting a timeframe and parameters for a Summer-long work session on the property tax cap and tool kit. In fact, Senator Kean was at that meeting.”

As Democrats on the Assembly Budget Committee pounded the administration for refusing to deliver state Department of Education Commissioner Bret Schundler for hearings, Republicans around the state began a barrage of tweets and press releases denouncing Democratic senators in their districts for refusing to go to Trenton today.

“While New Jersey Republican State Senators were standing up for New Jersey taxpayers, Jeff Van Drew and the other Senate Democrats were simply standing them up,” Donohue said in a release. “We want real reform and we want it now.  We expect our State Senator to show up when the Governor has put forward a new plan to control property taxes now. Our Republican Senators made the opening prayer alone, recited the pledge of allegiance alone and then listened as the Senate President, Democrat Steve Sweeney, opened the attendance board to confirm that no other Democrat members showed up for the property tax reform session.” 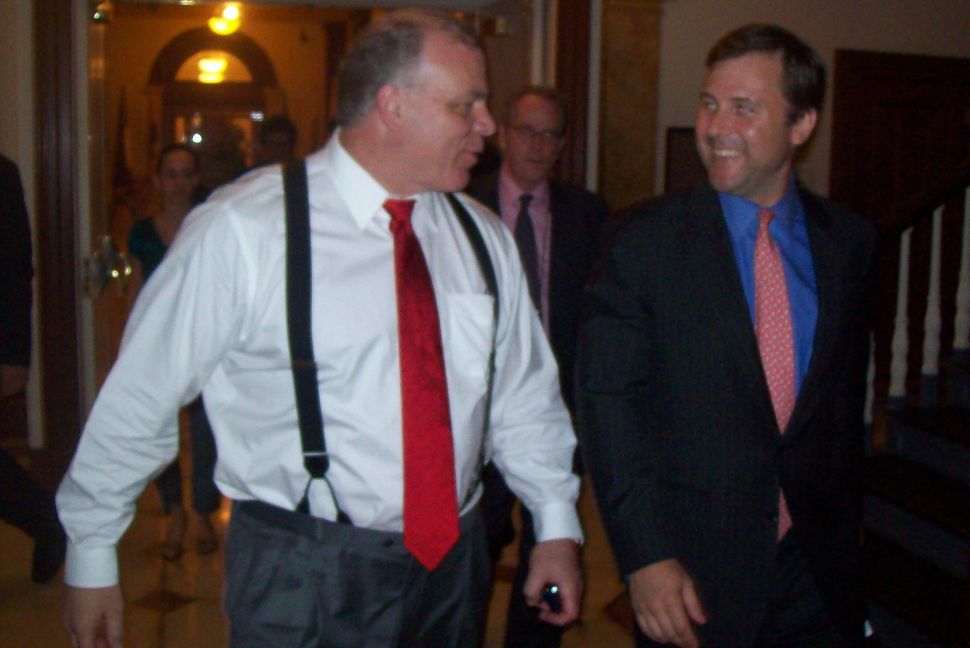