Since its emergence on the national seen last year, the Tea Party movement has been pegged as a home for white, middle-class suburbanites, angry  over government spending, rising taxes and pork.

Several national polls by Gallup, CNN, Quinnipiac and others have borne out the Tea Part demographic, listing membership as more than 80 percent white and wealthier and better educated than the average American.

And while the hravily white dominated group does not openly espouse racsim, accoding to many, it has crepat into the party’s ranks and taken up residence like a cancer.

In fact the party’s displays of anger at President Obama prompted the NAACP Tuesday to approve a resolution demanding the party condemn the racist elements within the party. That debate has raged for months and included claims by civil rights stalwart U.S. Rep John Lewis (D-GA), that he was spit on by tea Party members when he arrived at the Capitol building for the final vote on healthcare reform. The NAACP site boasts pictures it identifies as Tea Party members carrying racist signs.

Now, a group of national tea party organizers has planned an event they say will dispel the notion that the party is ruled by whites and condones racism.

The event, called Uni-Tea, is planned for July 31 in Philadelphia’s Independence mall and will feature several prominent black speakers who are tea Party members.  Among the group to speak is Charles Payne, a conservative contributor to Fox Business News, former Navy pilot  Frantz Kebreau, who is National Director of the National Association for the Advancement of Conservative People of All Colors and author and political analyst Andre Harper.

“The purpose of Uni-Tea is to demonstrate that the TEA Party is a broad spectrum of Americans who are tired of business as usual in Washington and to show that TEA parties are not the small pockets of extremists as the mainstream media portrays them,” said former state senator Richard LaRossa of Ewing, who served in the senate for two terms and is advising the Tea Party on the Uni-Tea event.  “These are real Americans who love their country and believe in freedom.”

Kebreau, a former liberal Democrat who says he changed his affiliation after doing some research on what he called the party’s history of opposition to civil rights, said the Philadelphia event is about moving beyond race and abolishing identity politics.

He has spoken at nearly 100 tea party rallies, Kebreau said, and he has never felt a hint of racism, despite an overwhelming white presence.  He’s never seen signs or heard the epithets the NAACP sites in its resolution.

“Whenever I give my speeches, I usually spend about 45 minutes to an hour shaking hands and getting hugs,” he said. “The most profound aspect of the tea party rallies for me has been the number of people that come with tears in their eyes, because they are ready to get beyond race.  They weren’t raised racist and they have never been racist.”

But NAACP Sr. Vice President of Advocacy and Policy Hilary Shelton said in an interview Wednesday that it is the responsibilty of Tea Party activist like Kebreau and others not just to speak out about the movement or deny that the part is racist, but also to repudiate the racist and extremist factions.

“When we see the kind of violence that erupts on Capitol Hill it is because they have not denounced it,” said Shelton, who stressed that the NAACP does not paint the entire movement as racist.  “They have to repudiate it. The idea of a mass movement in the first place is to get a message across.  The problem is that message now includes those very disturbing messages we have seen and heard.”

The Philadelphia event is scheduled from July 31 from 12 to 3 p.m. 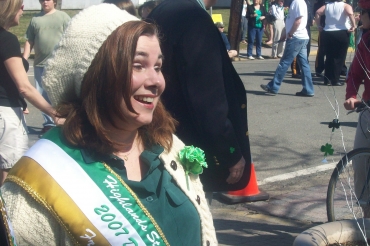