The New Jersey Education Association weighed in Monday on the cap on the property tax cap passed by both houses of the lesgislature and ready to be signed into law by the governor.

Union President Barbara Keshishian issued a release shortly after the assembly voted 73 to 4 to pass the 2 percent cap on property tax increases, calling the measure a “devastating day for children and public education.”

On the heels of more than $1.3 billion in cuts to public education, the Legislature and the governor have put an ill-conceived and shortsighted policy in place that will prevent our public schools from ever climbing out of the hole that has been dug for them by the state,” Keshishian said. “This two percent cap has no basis in reality. It is lower than the historic rate of inflation, which means that in terms of real dollars, local school funding will decrease each year.”

A call to the assembly Democrats for comment on the cap was not returned.  Republicans have dismissed the NJEA’s complaints about devastation in the schools, saying repeatedly that Keshishian and other union leaders care little about children and are instead self serving in their attacks.

Keshishian and Christie have been at odds for months over the Republican governor’s cuts to school aid, criticism of teachers who would not take a pay freeze and the cap.  To date, the union has been unable to knock the governor off message or sway the Democrat-controlled legislature to restore funding or derail the cap. 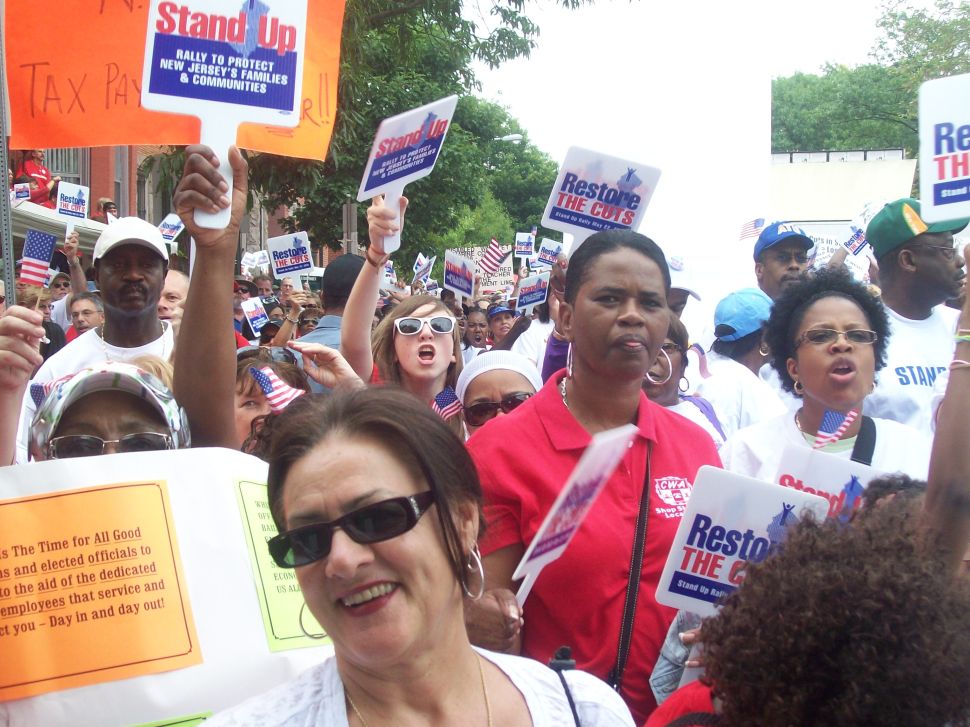