TRENTON – A trio of New York rabbis from the Torah Jews for Decency community sprouted up today among the National Organization for Marriage advocates outside the Statehouse, just one handful of a traditional marriage crusading melting pot.

“We came here to protest not just against gay marriage but the whole sodomy idea,” Rabbi Yosef Rosenberg explained as Southern-style fiddle music blared over speakers.

As tribute to the eclecticism of the crowd of about 80 people, an elderly man in a straw hat stood amid the crowd.

Boots. Bandana in the back pocket.

“How ya doing, cowboy?” asked an onlooker.

“In from Montana,” said the traditional marriage supporter named Bob, who described himself as an authentic ex cowhand.

An armed forces baseball cap appeared in another clump of sign wielders.

“Marriage is a union between man and woman,” explained Bob Jacobus of Bordentown. “The fact is that marriage is between a man and woman – nothing else. I can’t see why they have to degrade marriage.”

Some white-suited men at the edge of the crowd were asked why the monkey suits and they said, “Knights of Columbus – from all over New Jersey.”

Other men in biker gear, including leather vests with “Knights of Columbus” stitched on the back, stood with arms folded in the crowd. 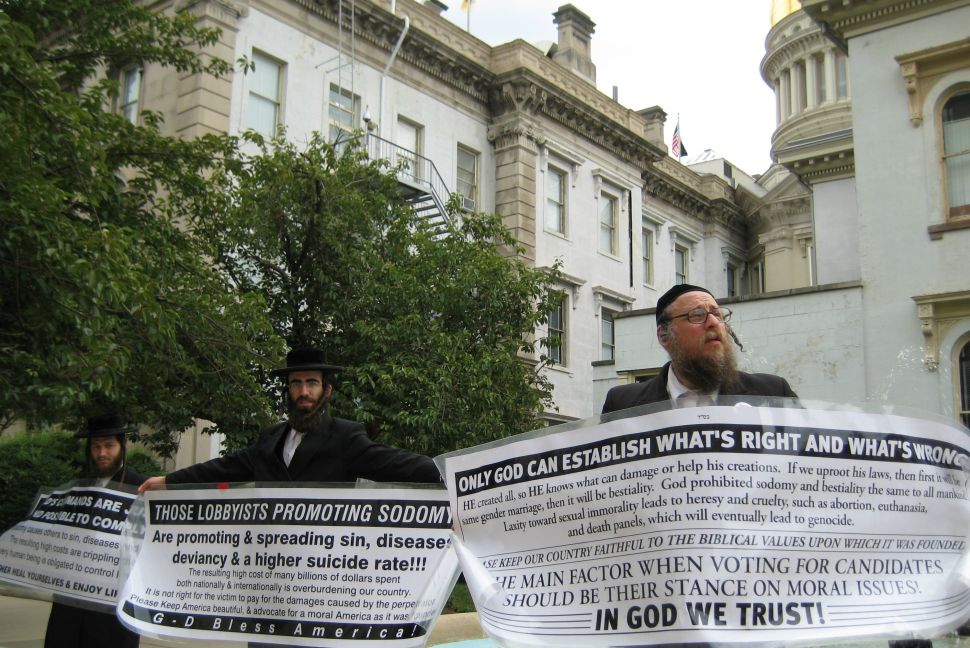