Assemblymen John McKeon (D-West Orange) and Jon Bramnick (R-Westfield) discuss the deal struck on the property tax plan between the legislature and Gov. Chris Christie as the assembly prepares to vote on the measure on Monday. Then, Michele Jaker of Planned Parenthood of NJ and Maire Tasey of NJ Right to Life debate the bill awaiting action by Gov. Christie that would restore $7.5 million for women’s health and family planning centers. And in the candidates’ forum, Republican nominee Michael Agosta talks about his run for the House seat in the 9th Congressional District.

With the state and national economy still struggling, what is the impact on business and banking in New Jersey? Steve and Rafael sit down with Gerry Lipkin, chairman, president, and CEO of Valley National Bank and Greg Braca, regional president of TD Bank, to discuss this and other issues impacting businesses and banks in New Jersey. 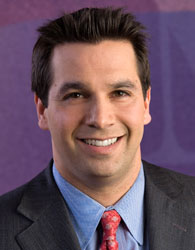