“It’s appalling to even engage in a debate about this,” said Weinberg, who convened a press conference in a conference room across from the senate chamber following the governing body’s “aye” vote on a 2.0% statutory property tax cap.

Weinberg in particular blasted Republican State Party Chairman Jay Webber, who during a Budget Committee hearing, said in response to family planning, “Hey, we can save $140 million if we have fewer poor babies in the state. That is, as I understand it, the position of those advocates of this bill who say, if we spend a little now we’ll get fewer unwanted pregnancies, which means we won’t have to spend money taking care of pregnant women or their babies.”

Noting Bergen County Executive GOP candidate Kathleen Donovan’s personal support for restoration of family planning funding, Weinberg said, “I’d glad she supports what we’re doing. Now she should talk to the face of the Republican Party abd get him to repudiate those remarks.”

Like her colleagues yesterday who demanded fae time with Christie, Weinberg said she also wants a sitdown session to get family planning funding – including money for early breast care screenings – restored.

“We’rer not here to criticize the governor,” agreed state Sen. Paul Sarlo (D-Wood-Ridge). “We just want him to show some compassion.”

Christie yesterday told reporters he had not yet decided whether he would restore family planning funding to the budget. 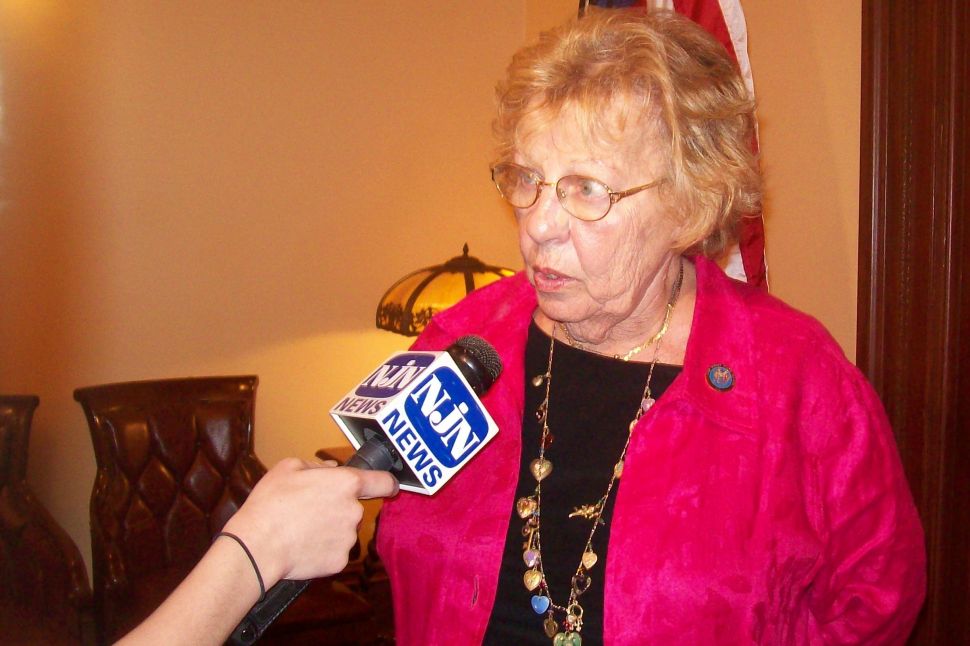