As the legislature winds down, the state battlefront in part shifts to Bergen County, where Republicans are eager to dispatch with the working remnants of a celebrated political machine built by Joe Ferriero and now still operational on behalf of Bergen County Executive Dennis McNerney.

Throughout the state budget process, McNerney and his political allies have weighed in regularly, jabbing Gov. Chris Christie and attempting to handcuff Donovan to every twist and turn of the governor’s decision-making, most notably Blue Laws, Family Planning and the millionaire’s tax.

Donovan argues that McNerney is simply trying to distract the public from his dismal record as county exec., while Democrats note that Christie is already planning to fundraise for the Republican candidate. The net result is a Bergen/statewide dynamic that inevitably makes a centerpiece of the Republican governor, some of whose policies will land here in Bergen in time for the general election.

“This Republican budget shows quite clearly where their priorities lie,” said the incumbent. “Bergen’s families, Bergen’s children and Bergen’s seniors will be made to suffer as a result of the Republican focus on protecting the rich at the expense of the County’s middle class. I take pride in the fact that we were able to prevent the Republican’s first efforts to repeal Bergen County’s Blue Laws, but I am very concerned about the significant impact this budget will have on municipal property taxes across the county.

“The $102 million in education aid for Bergen County that is being cut represents 41% of the total and will lead directly to municipal property tax increases expanded classroom sizes and massive program cuts for children across Bergen County. The budget also eliminates property tax rebates for Bergen’s families, seniors and most vulnerable. Bergen County was also recently confronted with a 25% increase to mass transit fares and massive cuts to their mass transit system.”

But armed with the rhetoric of the new GOP governor, Donovan is ready to dig in with attacks on McNerney’s record in the chair she seeks.

“Dennis is always trying to condemn Gov. Christie or me but this is not an issue about Chris Christie, its about Dennis McNerney, and over eight years Dennis McNerney has spent roughly $290 million over the 2.5% cap (originally proposed by the governor and supported by Donovan,” said the county clerk.

“That’s a legislative issue,” Donovan shot back. “Dennis is using everything he can to divert from his record. I’m a woman and I support initiatives that help people and women. What Loretta is doing I support and I think she’s right philosophically, but this is not in the context of the county executive’s race.

“As for Dennis taking credit for the Blue Laws, it’s just so silly,” she added. “Dennis didn’t do anything. All he did was talk. Dennis is doing nothing but grandstanding.”

For his part, McNerney said he does not intend to run away from his record, even as he bludgeons Christie.

The two-term executive said that under his leadership, “Democrats have reduced the overall size of county government by 12%, maintained a AAA bond rating for the county, maintained the second lowest county tax rate in New Jersey and delivered a county budget this year that is one million dollars less than last year’s in an effort to offset these debilitating Republican cuts from Trenton.”

Contrary to McNerney’s repeated efforts to make the impact of Christie’s cuts the issue in this race, Bergen County Republican Party Chairman Bob Yudin said he believes Christie’s presence will be an asset to Donovan.

“The governor has hit a home run with this budget and the general voters have come around to the governor’s thinking,” Yudin said. “In the long run, there will be property tax relief as the tool kit bills come forward. There will be overwhelming support. I think the governor has been brilliant in his strategy. Most importantly, people understand that he’s done what he said he would do.

“McNerney is in trouble,” the county chairman added. “Clearly, he was a puppet of Ferriero – and he still might be. He has shown in his eight years as county executive – including increasing our taxes dramatically – all sorts of shenanigans.” 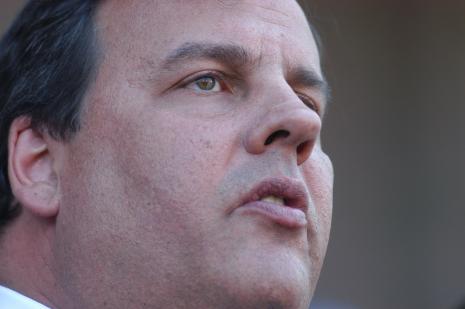