His critics – among them former back-in-the-day running mate and later gubernatorial primary conquest Rick Merkt – say Christie blinked last week when he shifted suddenly from a proposal of a hard cap to a soft one. But most observers gave the governor credit for adjusting in the face of oncoming traffic, and landing an aggressive next-day deal with state Sen. President Steve Sweeney (D-West Deptford) that had four – not 17, as the previous cap of four years ago contained – concessions. Moreover, as noted by Bergen Record columnist Charles Stile, Christie’s news cycle quickly shifted from budget to cap and kept the political carousel whirling fast enough to prevent eagle eye scrutiny of budget cuts that will result in huge hikes at the local level.  Like Icarus, Christie is flying high. But whether or not the rooking governor can hold on to the stack of chips he has hauled in from the budget and cap negotiation poker games remains to be seen.  Massive layoffs of teachers and cops could turn the general public against the Republican in the coming years, melting his wings and sending him earthward, while a turnaround of the tax burden in the Garden State could make him a national darling.

Mayor Cory Booker’s allies begged Healy not to leave them alone with Gov. Chris Christie on the 2.5% gangplank. Rumors of an imminent endorsement by the second term mayor buzzed hours after Booker stood with Christie. Healy said he would study the cap, which he did, and decided he couldn’t endorse it.. Days later, Christie bailed on the constitutional version Booker and others had endorsed in favor of a statutory cap, leaving Booker and a few other Democrats feeling abandoned at the altar while Healy – battered last year by arrests all around him emanating from Christie’s office – chalked up a win.

How this plays out for Sweeney politically remains a question mark. He could be DOA – at least in terms of statewide viability. One Republican operative joked gleefully that the Democratic senate president’s gubernatorial campaign mail would most likely feature a beaming Sweeney in a bear hug with Christie. In a 3rd District re-election bid, maybe the Senate President builds some street cred out of this deal in a conservative district that went for Christie over Jon Corzine last year. But in raw Trenton operational terms – and this from a veteran like state Sen. Ray Lesniak (D-Elizabeth) – Sweeney pulled himself up onto the same political terrain as the governor – and scored; first, by proposing a statutory alternative, second by getting Christie to change from a constitutional to a statutory cap despite the governor’s seeming intransigence on the issue, and then landing concessions – including an exemption for healthcare. In any event, he was at the table. Some caucus underlings grumbled about being left out, and that could come back to bite Sweeney, but for now, he’s a player in a town otherwise dominated by Christie.

While a politically flagging Newark Mayor Cory Booker endorsed Christie’s cap to strengthen his connection to the GOP governor, Bollwage threw his weight in the opposite direction, choosing the cap as fertile urban fighting ground. First, Bollwage went after Christie’s constitutional cap proposal. “With members of his own administration enforcing mandatory tax levy increases, it is the residents of New Jersey that will be adversely impacted, resulting not in tax relief, but in increased financial burden,” wrote Bollwage in an SOS press release.  Bollwage was referring to Department of Education Commissioner Bret Schundler reinstating local school budget cuts made by the Elizabeth City Council, which Bollwage estimates would result in an additional $170 per household. Then the mayor of the oft-disrespected city in the shadow of Newark testified at a budget hearing that the 2.0% cap would have devastating consequences in urban areas, potentially forcing the layoffs of cops and other emergency personnel. With urban leadership at the statehouse and elsewhere falling short, Bollwage stepped into the void as a feisty foil to Sweeney and company.

The fins rise out of the water quickly in this business. When Oliver bought time to meet with her caucus instead of showing up at a Saturday press conference with Gov. Chris Christie to put her imprimatur on the cap, she kept any ominous signs momentarily in abeyance. But after publicly signaling that she would support an agreement struck without her input then convening a caucus of angry members eager to have their voices heard only to find out the deal was done without them, sharks started circling.  By waiting to climb on board the cap train, Oliver left her caucus dangling, despite much hard work on the part of Democrats to hammer out a tax reform plan in New Jersey.  Her delay did not sit well with some caucus members who were eager to make hay over their role in the process.  Some analysts have already predicted the ire from below could bubble over soon.

Some assembly Democrats said they felt left out in the cold when the governor and the senate president shook on the tax cap deal late on a Saturday afternoon.  After all, their leader was nowhere in sight.  The sting was worsened when Speaker Sheila Oliver decided she would sign onto the deal two days late and several concessions short.  Oliver’s caucus went into spin mode as they tried to let the public know they had been part of the deal from the start.  But the cries of “we won” rang hollow after the pomp and circumstance of the Christie – Sweeney press conference announcing the deal.  Democrats reportedly argued bitterly amongst themselves as they scrambled to limit the damage many said was caused to the caucus after Oliver caved and went for the deal.  Many said the governor was on the ropes and continued assembly holdout could force further concessions.  But none were forthcoming as the assembly finally came to the table.

The Mayors of New Jersey

These were the brave – mostly GOP – soldiers who stepped up and  despite some personal misgivings endorsed Christie’s  2.5% constitutional cap plan. Reporters’ ears rang with declarative statements about how the only way to go was a constitutional cap. What’s more, Christie’s demand that any override would need 60 percent voter approval would give the people a chance to decide, they said.  Forgetting for a minute that these mayors were essentially calling themselves inadequate by endorsing a plan that weakened their local ability to make decisions and live with the consequences, they all ended up under the same 18-wheeler when Christie scrapped his never give an inch constitutional cap speech and agreed to a compromise that embraced Sweeney’s statutory cap.  What remains to be seen is how these mayors will stick to a plan that caps tax increases at a level below inflation and half what many have already negotiated in raises for their unionized workers.

Ordinarily polished and Machiavellian, the assemblyman from Morris Plains, considered a rising star in the GOP, detoured into an argument over abortion to justify cutting $7.5 million from planned parenthood  funding.  Supporters of the funding – and the centers – say their backing has nothing to do with abortion and everything to do with women’s health.  Webber’s characterization seemed to single-handedly unite an otherwise fractured opposition. By providing Democrats with what – in their eyes – was a discomfiting glimpse of the GOP beast, Webber mobilized a cavalcade of senators who took their support to the press. Even state Sen. M. Teresa Ruiz (D-Newark), possibly in search of redemption following her vote in favor of Christie’s $29.4 billion budget, managed frontline indignation at the press conference microphone. Message to Jay: when the enemy is in retreat, do not give them ammunition. 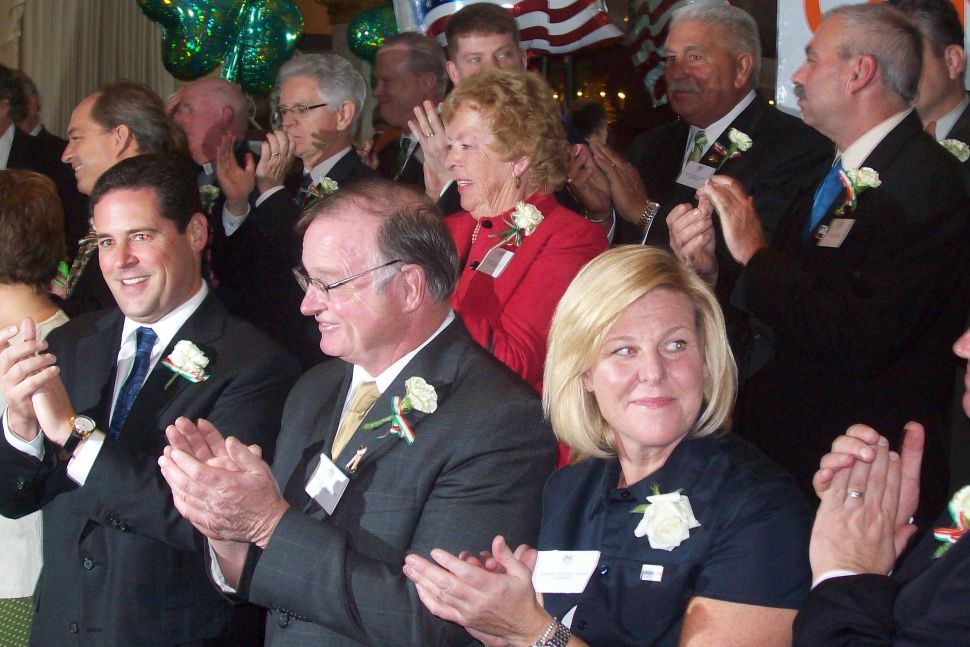