With a group of the governor’s closest confidantes running a fundraising group that zigzags around state campaign finance laws and the Asbury Park Press consequently driving an editorial stake in him, it would be easy to chalk Christie up as a loser. On any ordinary lazy summer week, he would be; only Christie made sure to cram his schedule with enough accomplishments or initiatives to keep the news headlines inflated in his favor. Monday’s Reform Jersey Now story threatened to derail the governor’s afternoon 2 percent property tax cap signing ceremony. But the governor – with Senate President Steve Sweeney (D-West Deptford) and Assemblyman John McKeon (D-West Orange) at his side – projected a bipartisan storyline irresistible to national media types sprinkled among the press corp. It seemed that every hard edged Reform Jersey Now question came with a softened follow-up about New Jersey as a new stomping ground for reform. Trying to fend off the interrogation lamp on Thursday, the governor trained everyone’s sights on a group of state workers long the object of public ire: superintendents. Even teachers applauded. And as people packed their bags for the shore on Friday, Christie announced that he would be forming a task force to study combining the state prosecutors’ offices with the state Attorney General’s Office, a potential tax savings boon.

The two-term county exec once again proved his close contact with the powerful Republican governor today as Christie named him member of a task force to study the efficacy of installing county prosectors under the administrative auspices of the state Attorney General. This is a DiVincenzo good government idea long in the percolating stage, that Christie has now grabbed ahold of as a possible policy initiative. Sources say the county executive’s daily telephone tag team with the governor could hurt him with his own party eventually, and maybe short-circuit his reach into the lower house if Speaker Sheila Oliver (D-East Orange) loses traction with a caucus fearful of the consolidation of too much DiVincenzo power and implodes. But for the moment, the Essex County Democrat has far more than just a seat at the Trenton table.

If you’re a politician, you know you’re doing alright when you can eradicate people’s hurt feelings by telling them to give you money. The mayor and state senator scheduled a small fundraiser in Bergen this week that promptly put Democratic Party power brokers on their BlackBerrys looking for instructions on how to get there and not taking no for an answer. Stack ended up raising $230,000 on the night at the $1,000 per head event.  Tweets from attendees raved about the Stack event.

On May 12th, despite the mayor’s re-election to a second term, prognosticators wore the grim looks of those ready to ride the coming political turbulence as they stood in the back of the room at the Robert Treat Hotel. Imminent meltdown arrived yesterday as five members of the nine-person city council voted against the mayor’s recommendation to create a revenue-generating municipal utilities authority. Booker argues that the MUA would prevent a 7.5% tax hike and the layoffs of numerous city employees, but the council doesn’t like – or trust – his plan. “No one has presented an alternative,” protests West Ward Councilman Ronald C. Rice, one of four city council people to back Booker. The mayor will have a second chance on July 27th to try to press the plan, but in the interim he wriggles at the end of a two-pronged fork, with Gov. Chris Christie on the one side denying Newark state aid, and the council on the other end denying the mayor’s remedy.

The only good news for the former offensive lineman is that he’s still competing in the 3rd Congressional District, which has Republican roots going back to reconstruction. His handlers keep telling him that U.S. Rep. Jon Adler (D-Cherry Hill) can make every master chessman’s move in the manual and still fall short of his goal in a district naturally weighted toward the GOP. That may very likely prove true. But that didn’t ameliorate what on one level has been a bad news couple of weeks for Runyan, whose ideas on the economy the Asbury Park Press proclaimed “stunningly naive.” Examining the results of an Adler campaign poll this week that has the incumbent improbably up by 17 points, Chris Silliza of the Washington Post wrote nonetheless, “Republicans had high hopes for Runyan, a former Pro Bowl offensive lineman. He has struggled with his fundraising, though, and the race hasn’t risen to the level of a top GOP priority despite the competitiveness of the district.” It’s not that we believe the poll is a rock solid reflection of the contest by any means, but the perception right now is that Runyan as a candidate is struggling to find his stride.

The A-Rod of New Jersey school superintendents with an annual salary of $277,392, Campbell of Cherry Hill took a crack to the ribs this week when Gov. Chris Christie stepped up to a podium and proposed that henceforth supers’ salaries would be capped at $175,000. The governor said his plan wouldn’t interfere with currently negotiated contracts, but state Department of Education Commissioner Bret Schundler pointed out that most supers’ contracts are re-negotiated on average every two to three years. The chop-down targets 75% of the state’s superintendents, who make more than the proposed salary cap. Early critics of the governor’s plan gripe that the highest-end administrators haul in additional perks often driving their totals far higher. Making $242,550 on paper, for example, Long Branch School Superintendent Joseph Ferraina infamously received $305,099 annually, according to a March, 2006 report prepared by the New Jersey Commission of Investigation. Regardless, the starting point for the governor’s plan can’t be good news for those supes who’s contracts are up this year. 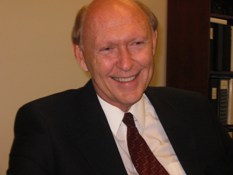