The dog days are upon us but that hasn’t left us with a shortage of news.  To the contrary, this week we were inundated with news stories from inside Trenton and out.  While we could have composed a Winners and Losers list from just the gaming and entertainmant overhaul, we chose to go wider in scope.

Senate President Steve Sweeney and the gang from South Jersey pulled off a victory this week, as Gov. Chris Christie threw all his chips in on Atlantic City. That’s the South Jersey economic nerve center, and for all the back-chatter in his own party about the senate president glumly but willfully doing the bidding of a Republican governor, Sweeney can rack up – at least – a regional win.  In a nod to the power Sweeney wields as both senate president and the de facto leader of the South Jersey Dems, Christie nixed any plans to bring gambling to the northern part of the state, a potential deal breaker for the governor’s ambitious gaming and entertainment overhaul.  Many northerners feel gambling is the only savior for the race tracks but for now Christie has bowed to southern wishes.  One caveat.  This is the second major Christie initiative that Sweeney will be seen as embracing, after the property tax cap.  If Sweeney hopes to be a player in the next Gub race, he’ll need to carve out some issues to go toe to toe on.

Beset by bad news locally this week, including the mysterious gun-down by a Newark cop of a Montclair High School grad in Branch Brook Park, Mayor Cory Booker took more than a passing interest in Gov. Chris Christie’s stated intention to sell the Izod Center, located in Bergen County. Booker pointed out that the biggest-profile entities interested in buying the  real estate albatross are mega-churches, not sports and entertainment tycoons. If that proves true – and again, it’s still an if – Newark and the Prudential Center could prove big beneficiaries, with that much more action concentrated at the Rock. Regardless of the buyer, getting the state out of the concert business should help the Rock.

The challenger to U.S. Rep. Rush Holt (D-Hopewell Twp) made the National Republican Congressional Committee’s contenders list, giving him a crack at more aid from the NRCC. District 3 candidate Jon Runyan also made the list, but most political operatives generally view the 12th as a tougher win for the GOP. The fact that Sipprelle muscled himself onto the list gives his candidacy a boost of mid-summer energy.

The proposed shopping and entertainment mecca might actually get finished.  One caveat.  It’s still ugly.  One politickerNJ reader told us of bringing out of state friends to the Meadowlands for a football game and watching as they gaped at the multi-hued monstrosity.

Bergen County Executive Dennis McNerney
Every time Gov. Chris Christie makes a decision that impacts Bergen County, the Democrats here react with outrage, and promise to save New Jersey’s most populous county from the ravages of the Republican Party. Every time that happens, the GOP counters with the case that McNerney and his allies are simply trying to distract the public from the turbulent record of the Bergen County Democratic Organization. Today, a McNerney appointment from 2004 resigned from the Bergen County Improvement Authority after two of his co-workers fessed up in federal court to conspiracy to commit wire fraud. Ronald O’Malley has not been charged with anything, but the frontpage headline concerning a McNerney appointee underscores potential problems closer to the heart of the Bergen Dems.  McNerney did score some good news on the political front this week as the ambitious plan to overhaul the Meadowlands gave him a ready-made campaign mailer to beat down his Republican challenger.

The Cook report this week moved the 6th Congressional District into the “solid Democrat” column, a headline blow to GOP fireplug Little. Heralded as the secondary Cinderella Story of the year (right behind Paterson Mayor Jeff Jones), Little promised a feisty, grassroots alternative candidacy to U.S. Rep. Frank Pallone (D-Long Branch). But as much as her allies keep saying the days of the expensive, glossy mailers are over and keep whispering the words “perfect storm,” Little’s $16,000 looks like a toy popgun going up against Pallone’s $4 million blitzkrieg.

This was a group that was already unraveling before Gov. Chris Christie’s resounding countywide victory over Jon Corzine last year. Evidence? How about then-Democratic Party rock star Freeholder Director Barbara McMorrow tearfully taking herself out of re-election contention. She said it was health. But the back story featured an intra-party squabble that threatened to boil over publicly before McMorrow bowed out. After the Democrats lost the election and gave up their much-prized control of the freeholder board, McMorrow started surfacing more and more in the company of the GOP. This week, Republicans acknowledged that she would be filling an empty Freehold Twp. committee seat, yes – as a Republican.

Peter DeStefano was at best a no-name candidate until last week when an internal poll by Democratic incumbent John Adler’s camp showed the self-proclaimed Tea Party candidate getting 12 percent of the vote.  The poll put DeStefano in the limelight where his candidacy promptly wilted.  Beset by charges that he was an Adler plant, DeStefano pleaded innocence, claiming he was just an everyday guy trying to get his message out.  But the allegations brought out the Tea Partyers who disavowed any knowledge of DeStefano and cut him loose from any party moorings he might have had.  While he may have gained some name recognition from the Adler poll and subsequent press, ducking several interviews with the Courier Post reporter who broke the story has left him looking shady.  The Adler’s camp initial failure to deny any association with DeStefano further tainted the candidate.

The Hanson report that is behind the revamp of the gaming industry has put the future of the NJSEA in doubt, but what isn’t in doubt is that the authority will lose its stewardship of all of its entertainment venues. 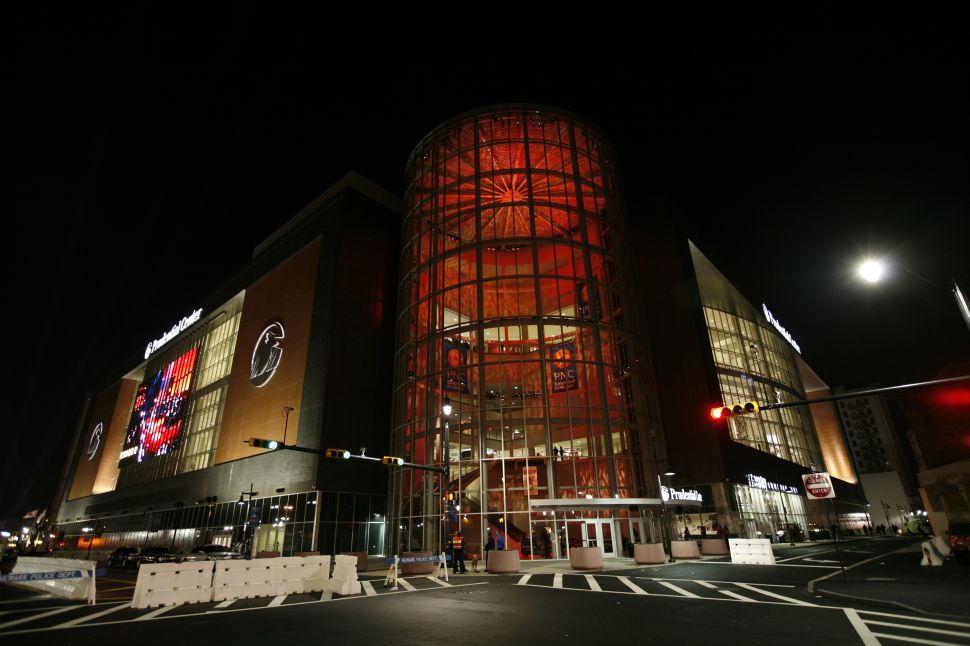