The former Bergen County power broker, once one of the most powerful county party chairmen in the state, saw all charges against him dropped this week after a favorable Supreme Court decision.  Ferriero was convicted last year of three charges under the so-called “honest services” law, which was invalidated by the high court last month.  Whether the boss vies for a return to power remains to be seen, but as one reader described it, he was hit by a “wrecking ball” and likely has other worries right now than politics.

The 4th District Representative and dean of the New Jersey Congressional delegation doesn’t get a lot of newspaper ink devoted to his initiatives. Much of what he does is complicated and doesn’t make for good sound bites.  But this week Smith celebrated an achievement several years in the making.  The congressman from Megan Kanka’s hometown was finally able to shepherd and international version of the law through the house.  The law has several pieces, but all of them ensure that convicted child sex predators do not travel in secret.

O’Donnell was the only choice to replace Assemblyman Anthony Chiappone for the 31st District seat.  Chiappone last month pleaded guilty to doctoring campaign finance reports and resigned his seat.

Whelan earlier this week put his money where his swim trunks are by offering to forego $40,000 in salary in order to save a swimming program in the Atlantic City Schools.  The most cynical of us might say he did it for the positive campaign press, but nary a press release was sent by Whelan, who is not up for reelection until next year, or his camp.

Gloucester County Freeholder Chairman (and Senate President) Steve Sweeney and the rest of the board.

The freeholder board was put under a court ordered special monitor because of violations of the state’s sunshine laws.  While supporters of the board called it a victory that only one of 10 complaints was upheld by the court, it’s never a good thing when the court sends in a overseer to make sure your playing by the rules.

The NJEA has made much of Gov. Chris Christie’s cuts to education funding and attempts to reform the system.  The union predicted doom last month when Christie nixed the federal grant application submitted by the union in favor of his own- which by the way included a plan for merit pay – saying the governor would destroy education as we know it.  This week, the feds made the state a finalist for the grant, proving Christie may not be the bane to education the NJEA had predicted.

The Supreme Court decided it couldn’t hear a challenge to the state’s civil union law this week, saying that no lower court record exists on which to rule.  The high court’s ruling effectively put the kibosh – at least for now – on gay couples’ hopes to one day have marriage recognized by the state.  This is the second major setback for same-sex couples this year following the legislature’s nixing of a law that would have allowed gay couples to marry. 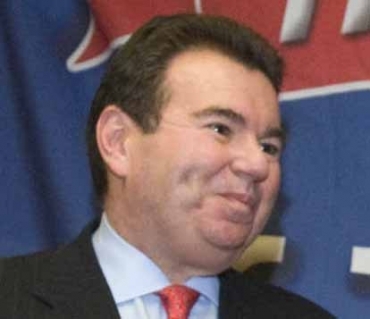