No, the pair isn’t looking to hire, what they are looking for are ways to create jobs.  In a press conference Tuesday, the Democratic duo announced their intent to drop seven bills aimed at helping small businesses in the state.

Among the measures to be proposed are:

“We need to get New Jerseyans back to work and that means supporting small business owners who are on the front lines of creating jobs,” said Greenstein, who is the Democratic candidate in the upcoming special election for the 14th District state senate seat.

DeAngelo, who is a member of the electrical workers union, said the ideas for the bills came from a small business roundtable hosted by the legislators last summer.  While the ideas are simple – eliminating red tape and rewarding new hiring – they will have a tremendous impact.

“Businesses cannot create jobs if they are struggling to keep their doors open, DeAngelo said. “We need to make an effort to revitalize communities and attract consumers so that businesses can be profitable and in turn thrive to expand their workforce.”

The lawmakers did not have an estimate of the cost of their plan and asked where the money might come from, had no immediate answer.  The Invest in New Jersey Grant Program has already been frozen by Gov. Chris Christie in the current budget.

“Right now, I believe government needs to take a strong stance.  We have to use any and all measures to make the money there, find money. We have to keep small business growing,” DeAngelo said  “We have to give the incentives.”

“Even though this will cost some money in a few cases, we can’t afford not to do them because  many times you have to spend a little money to get a lot make big changes and getting people back to work is job one right now, nothing is more important,” Greenstein said.

As for the tax credits, Greenstein said they would spur businesses and create jobs, making them necessary despite the cost.

Greenstein’s opponent in the upcoming senate race, Republican incumbent Tom Goodwin, called the proposed bills a “stunt” saying Greenstein has a history of supporting business-killing tax increases.  Goodwin’s predecessor, Republican Bill Baroni, who vacated the seat earlier this year for a job at the Port Authority of New York and New Jersey has more than once proposed a bill to offer tax incentives to developers who rehabilitate vacant centers.  A bill that  includes several tax incentives to help distressed shopping centers  was nixed earlier this year by the Sales Tax Review Commission.

“Small-business owners, taxpayers and middle-class workers will not be fooled,” Goodwin said in a statement released just before the press conference.  “Linda Greenstein has supported higher taxes on economic revenue, office heating bills and even forced employers to pay a tax for every job they created. It will take more than an election-year stunt to distract from Linda Greenstein’s decade of small-business job losses.”

In response, Greenstein-campaign manager Scott Snyder accused the Goodwin camp of thumbing their noses at the people of the 14th.

“Tom didn’t even read the legislation before he was quick to issue a campaign press release,” Snyder said.  “The people of the 14th District deserve a senator who will consider their ideas before quickly dismissing them.  The attempt by the Goodwin campaign to seek cheap political points comes at the expense of small business leaders and employees in the District who are tired of petty politics and want their leaders to work together.” 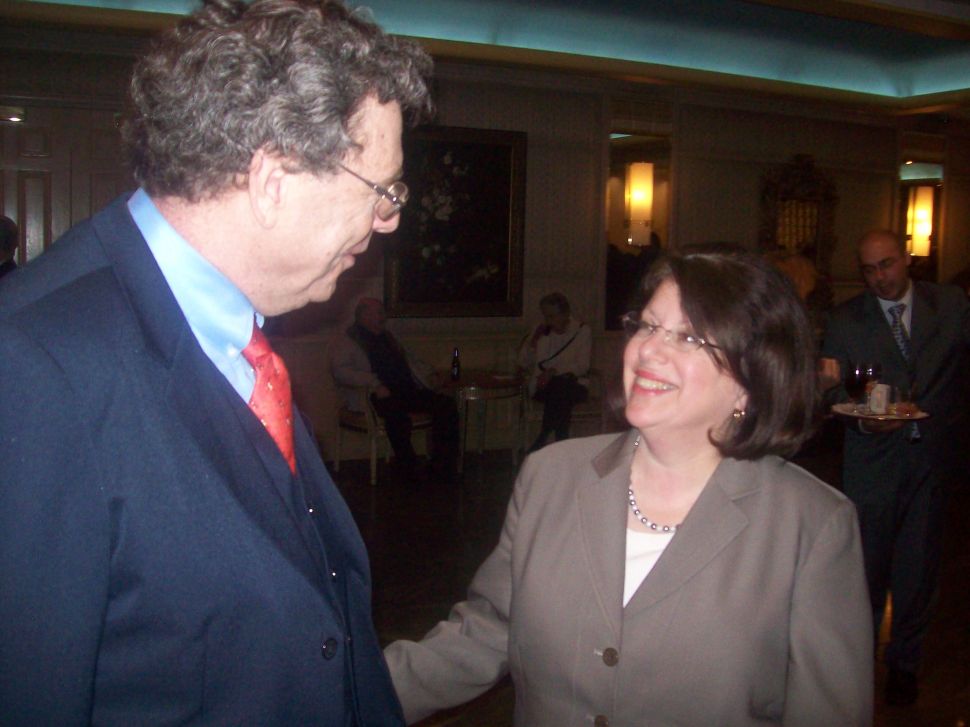