Two freshmen congressmen from different parties who exasperated their respective bases these past two years as they crossed party lines on key votes will return to their opposite folds in time for a 3 p.m. vote on the Education Jobs Fund Bill.

A Tea Party target for his aye vote on cap and trade, U.S. Rep. Leonard Lance (R-Lebanon) intends to vote against the bill, which passed in the U.S. Senate last week at the prodding of U.S. Sen. Frank Lautenberg (D-Clifffside Park), who now wants the House of represenatives to sign off on the legislation.

U.S. Rep. John Adler (D-Cherry Hill), who unnvered progressives with his nay votes on healthcare reform, this time intends to vote with the Democrats on the education bill, according to campaign manager Geoff Mackler.

The opposite of Lance.

“These federal bailouts exacerbate state and local funding problems by spurring drastic budget shortfalls once the federal funds run out and enabling states to avoid the tough budgetary choices necessary to live within their financial means.”

The National Education Association estimates that the bill would enable the 7th Congressional District to add an additional 56 teaching jobs to its 54 municipalities, hardly worthy of an affirmative vote, in Lance’s view.

“As a teacher, I understand that the key to getting America’s edge back is quality education for our children and young adults,” said Potosnak.  “I implore Congressman Lance to vote in favor of the Education, Jobs and Medicaid Assistance Act and help New Jersey teachers get back into their classrooms.

“The Education Jobs Fund Bill will allow New Jersey school districts to rehire 4,000 qualified teachers who have lost their jobs due to state and local budget cuts. More than eighty percent of New Jersey schools laid off or expected to lay off teachers this year due to budget cuts. This bill will restore those jobs, prevent additional layoffs and avoid the impending increase in classroom size, and program cuts that face schools in my state.”

The statement might very well be a talking point for Adler allies in the 3rd Congressional District, but Lance is not convinced.

Neither is Gov. Chris Christie, whose press secretary yesterday told the Star-Ledger that the governor, fearing a federal one-shot, is prepared to not apply for the funds. 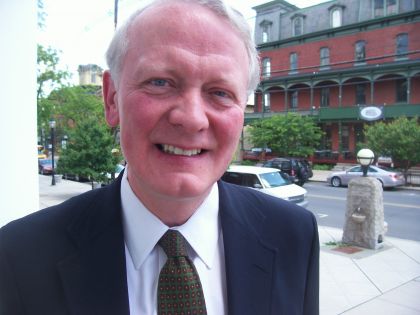