HAWTHORNE – State Sen. John Girgenti (D-Hawthorne) won’t oppose Passaic County Democratic Committee Chairman John Currie, who told Girgenti he wants to change course in the search for sheriff, away from the veteran senator and in the direction of someone already comfortable in a cap and badge.

“John, if you want that,”‘ Girgenti told the chairman, “I’m with you.”

Girgenti’s decision not to seek a post abandoned last week by Sheriff Jerry Speziale came after party leadership lobbied him hard to run, broke through his questions and misgivings, and got him to the point where he expressed an interest – only to have Currie tell him yesterday that the party doesn’t need his services now.

“If that’s the direction they want to take, I’m a part of the Democratic Party,” Girgenti told PolitickerNJ.com. “I have not aggressively been seeking the office. That has to come from them. That’s something they would have to determine.

Girgenti also reiterated his commitment to running again for his senate seat.

“If I felt I was threatened, I would have said to this sheriff’s opportunity, ‘Good, it’s a no-brainer, I’ll take it.’ That would have been a reason to jump. But I don’t feel that threatened,” Girgenti said. “There is a lot more money in that (sheriff’s) job. If I was so anxious about re-election, don’t you think I would take it? My father used to tell me, ‘You’re crazy,’ when I got into politics. People are telling me now, ‘You’ll triple your salary.’ But I’m more of an idealist.”

When he was asked if his decision not to attend last night’s screening committee for sheriff signaled his own acceptance of Currie’s lean away from him, Girgenti answered in the affirmative. The call he placed to committee members at Woodland Park headquarters was strictly, “If you need me, I’m there,” the senator said, not a play for the job.

“I didn’t phone it in,” he said. “If they wanted me to run, I would run. I have not sought this out. To say ‘I’m running’ would not be consistent. I wasn’t looking to be knighted or anointed. After they talked to me, I would be willing to do it.”

But Currie broke from Girgenti and sources say the chairman likes Clifton Police Lieutenant Richard Berdnik, who may not have political experience or the name ID of Passaic County’s senior state senator, but is a cop’s cop.

That’s all right with Girgenti, who put the exclamation point on his eagerness to again pursue the 35th Legislative District seat that he has held for nearly three decades.

“I love being in the senate,” he said. “When the story came out last Thursday that I was being considered for sheriff, (Senate President) Steve Sweeney calls me and says, ‘I want you to stay with me. I’ve got your back. That would be my first choice from a Democratic perspective.’ He was very supportive.”

Girgenti was on vacation in Cape May last week when Speziale announced that was aborting his run for re-election in favor of pursuing a post at the Port Authority of New York and New Jersey.

The name Girgenti has been on Passaic county lawn signs for three decades. Some party leaders figured, “run with it.”

“I got calls on Thursday from leaders of the party, including a call from John Currie and I told then, I told John – ‘This is a career change for me, a big change. Let me take time to deliberate. I’m not going to make a snap decision.’ I thought we left it at, ‘Take the weekend and get back to me.’ So I considered it and I thought, at the end of the day, it’s intriguing. An 80-day race. The need for someone to get on the ground quickly. I’ve enjoyed politics my whole life. I thought about it, and more and more, it made sense.”

U.S. Rep. Bill Pascrell (D-Paterson) drove down the shore to personally urge Girgenti into the fray, where Republicans are running former Undersheriff Felix Garcia for sheriff, and want to take control of the county freeholder board a year after sweeping Democrats in four county races last year.

“When the party needs you to do someting, if that’s what the party wanted – by Monday I was ready to go,” Girgenti said. “He did say I had the weekend. Maybe that was misconstrued. I told John (Currie) that if you still wanted me to be the candidate, I’d do it. I never pursued it. If the party wanted me to run, I’m not seeking this, but he told me he was going in a different direction.”

A day after deciding not to attend the screening committee forum following Currie’s decision, the senator reaffirmed his commitment to running for the state senate. He said he likes his chances and does not fear redistricitng or the prospect of a Democratic Party Primary intensified by progressives infuriated by his “nay” vote on marriage equality. Moreover, he disputes the notion that he and new Paterson Mayor Jeff Jones have feeble communication lines.

“I don’t feel like the wolves are gathering around me, trying to take me down, I feel very safe,” added the senator, who lost his Hawthorne County Committee chairmanship earlier this year to Garden State Equality activist – and former staffer – Jeff Gardner.

“At the end of the day, anything can happen to anybody in politics,” acknowledged Girgenti. “But I happen to think our district, if anything, will gain a town, not lose one, as we have gained population in North Jersey. They talk about the perfect storm coming against me. But remember, I’m a survivor. I go back to 1992 and the Florio election. Pat Kramer, who was then the mayor of Paterson, was against me. A lot of other guys went down the drain that year, but not me. I don’t feel intimidated.” 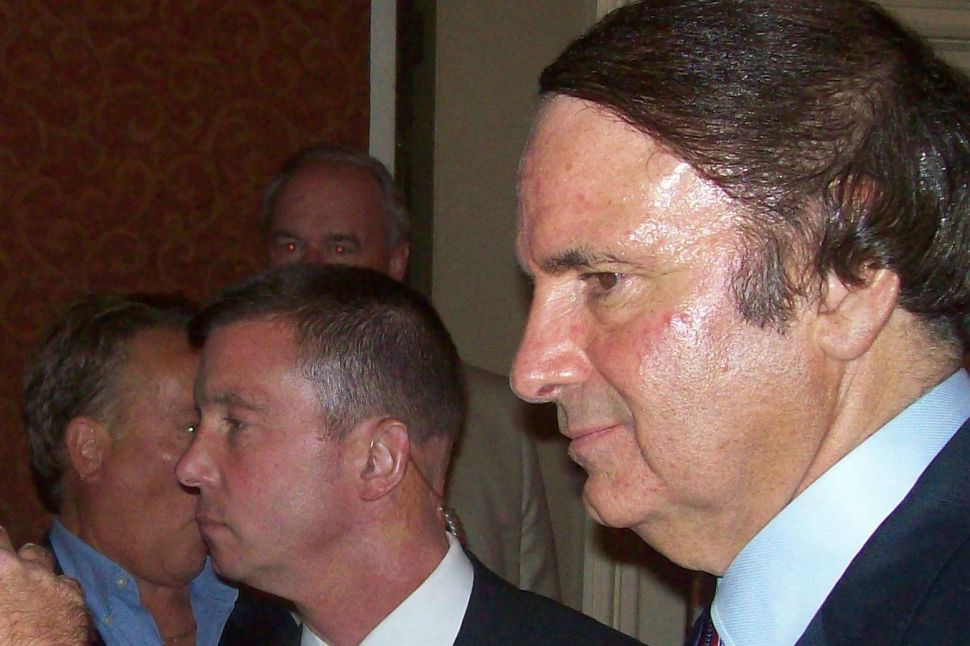