RIDGEFIELD – A cork pops on a bottle here in the community center where the supporters of Councilman Warren Vincentz await the results of tonight’s recall election.

It’s a dangerous sound prior to the conclusion of an election like this one, fraught with ironic implications that can return and haunt later in the event that the voters do not dethrone incumbent Democratic Mayor Anthony Suarez and install Vincentz.

It’s not official, but the word is the recall election was unsuccessful.

The roughly 50 seniors here abandon the half-ravaged pizza boxes and nurse the wine homemade by Gonzalo Fernandez, a resident of Ridgefield for over 30 years.

“He won,” someone says, stunned.

“Once again, the IQ test has been failed,” he tells the crowd. “I am sad to announce that Ridgefield has failed it’s collective intelligence.”

He reads the numbers: 985 wanted Suarez recalled and 1,023 wanted to leave him alone, a 38-vote difference in favor of the mayor.

“I don’t know,” a glum Vincentz tells PolitickerNJ.com when asked if he intends to challenge for the seat again.

The councilman’s supporters fume over the results.

It turns out, had the voters made the recall happen, Vincentz would have won.

Vincentz slumps into a chair, a glass of Fernandez’s wine in his hand.

“It’s a mix – Cabernet Sauvignon and Merlot,” says the winemaker. “And the grapes are from Chile.” 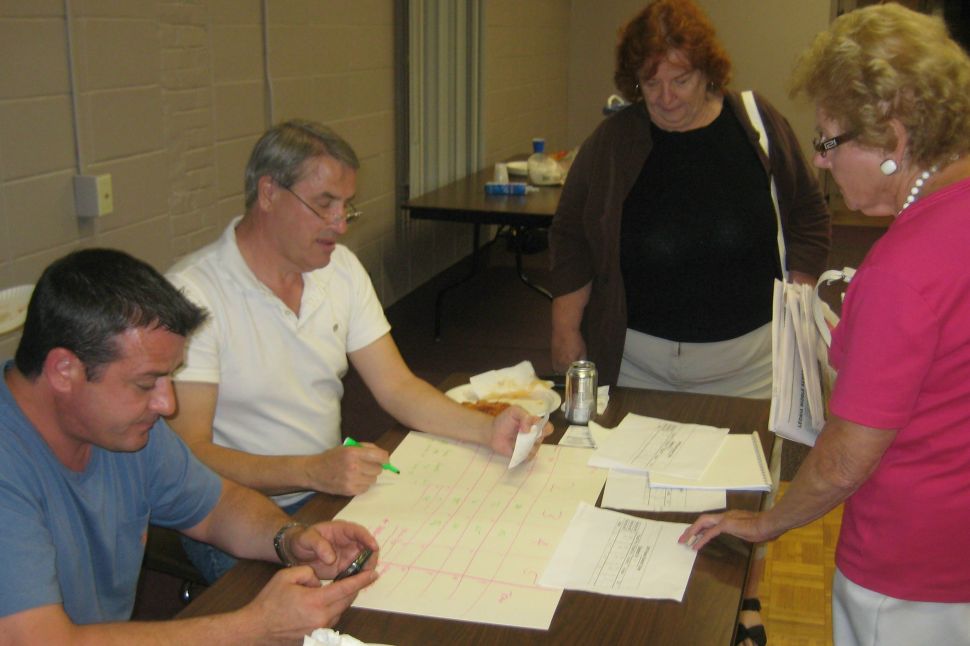