In a unanimous vote of the county committee, Cliffside Park’s John Mitchell leapfrogged two other convention contenders to take an open seat on the Republican’s freeholder campaign in Bergen County.

“I spoke to those guys who came in fourth and fifth,” Mitchell said, “and they understood.” And as much respect that Mitchell has for them, he also is honest about the party line being passed down. If the other two candidates waged a fight, he said, “They’d probably not win that fight…I have a lot of support.”

Bergen County Republican Organization Chairman Bob Yudin said, “This is a home run for us.”

“I had wall-to-wall people,” he said .”There’s a lesson here. The BCRO, the Republican party in Bergen, is united.”

Mitchell is a three-time council loser in Cliffside Park, but he’s not discouraged that he hasn’t broken into the government, a Democratic stronghold for 40 years, Mitchell said.

“Losing is losing, period,” he said, but he drops some numbers that show he’s a stronger candidate than people think. In his race in 2009, Mitchell bagged 2,200 votes when only 900 registered Republicans are on the rolls in Cliffside, population 22,000.

“I did jump two guys,” he said this morning, “but you want to have somebody with strong roots south of Rt. 4.”

The demarcation line for Republicans in Bergen is indeed Rt. 4; the further north of the road, the further right the ideology moves.

“The people south of Rt. 4 think very differently than the people north of Rt. 4,” he said. Common themes emerge, though, he said: out-of-control spending, lack of oversight at the county, and “BCIA shenanigans.”

“They see these thing in the newspaper,” Mitchell said, and issues like “runaway spending at Overpeck Park” draw people’s attention. But BCIA oversight? People are thinking, “Let’s flip to the sports page,” he said. “I mean they ask me, what the hell is a freeholder?”

“My job is to bring it back to something people can relate to,” he said.

“I’m an issue-oriented guy,” he said. “I don’t go after (individuals). People say to me, John, that’s not the way politics works. Well, too bad.”

In Cliffside Park, he was just the “token Republican,” but now he’s vying for a job that controls a $500 million county budget. 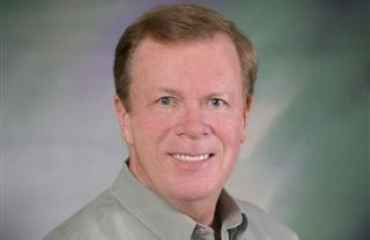