Hoping to replace former Sheriff Jerry Speziale, who abruptly announced his decision not to pursue re-election, Berdnik will face Republican Felix Garcia of Wayne in the Nov. 2nd general election. Garcia is a former undersheriff.

With the backing of Passaic County Democratic Committee Chairman John Currie heading into tonight’s meeting, Berdnik was a heavy favorite to defeat Spagnola.

“I have faith in our county committee,” Currie told PolitickerNJ.com as he celebrated with the nominee after the vote. “Lt. Berdnik did himself well. He gives us the best chance to win in November.”

“It’s a victory for the whole party,” said Berdnik. “I appreciated all their support.”

“Some things just don’t work out,” acknowledged Spagnola, who had butted heads hard with Currie in the lead-up.

“All I asked for was that I get a fair shake, and I got one,” added the former chief, who said he doesn’t intend to sue as his lawyer threatened earlier this week.

“They didn’t pick me, that’s their choice.”

“I don’t have a problem with that, that’s where it looks like it’s going, he seems like a nice fella,” said Spagnola. 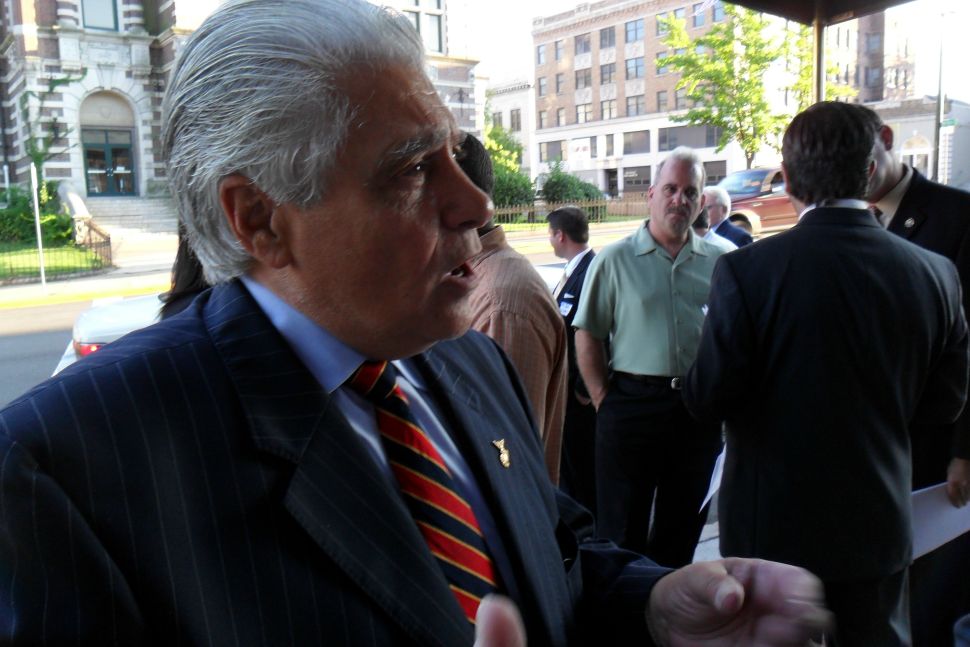