HACKENSACK – Filling the void left behind by Rochelle Park Mayor Frank Valenzuela, the GOP in Bergen is rallying behind Cliffside Park resident John Mitchell, even though Mitchell is a three-time also-ran in municipal races.

Mitchell joins Maura DeNicola and John Felice as the Bergen County Republican Organization (BCRO) candidates for county freeholder. The GOP has an opportunity to take control of the critical Bergen board, with two members already situated.

The BCRO will vote on the replacement next Thursday, but BCRO Chairman Bob Yudin said “support is growing” for Mitchell, including backing from the somewhat divergent wing of the Bergen GOP, including County Clerk Kathe Donovan, the county executive candidate, and Freeholder Rob Hermansen.

Mitchell, 61, is a retired Con Edison executive and member of the Republican County Committee for 12 years.

As we noted on these pages, Yudin was rumored to have been rallying support for Mitchell even before the entire party was told Valenzuela was stepping down. The Rochelle Park mayor is battling multiple sclerosis that was diagnosed in April.

Now, Yudin has the support he was looking for, and the Republicans seemingly have avoided what could have been a costly feud over Valenzuela’s replacement.

He was the only candidate to have support in the primaries from the two wings of the Bergen GOP; now Mitchell has buy-in from the entire troupe, too.

What remains to be seen is whether his resume – bereft of public office holding – will be enough to convince voters of his qualifications. He pulled in just over 2,000 votes as a council candidate last year in Cliffside Park, coming in third with two seats at stake; both seats were won by Democrats. 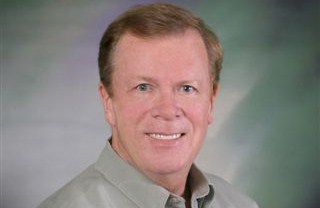